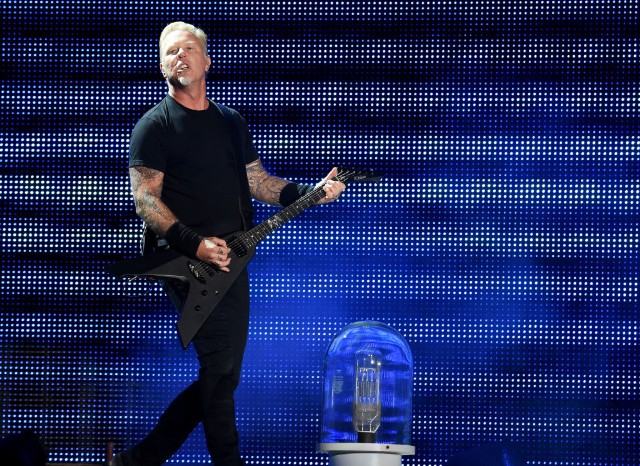 Metallica’s WorldWired tour came to the Ziggo Dome in Amsterdam last night, and the stage setup looked elaborate. There were a bunch of video cubes suspended overhead, and during “Now That We’re Dead,” four more cubes that doubled as percussion tables emerged from openings in the floor. But before that could happen, frontman James Hetfield walked into one of the holes:

In Hetfield’s defense, that was solid ground not even 10 seconds ago. A pair of stagehands came to pull him out and he finished the guitar solo on more stable footing. The percussion cube was apparently still functioning just fine—good to know it can take a hit.

Earlier this year, Travis Scott fell through a hole during a Drake concert. Happens to the best of us. [Blabbermouth]

Metallica Donate More Than $500,000 to Battle “Heartbreaking” Fires in Australia