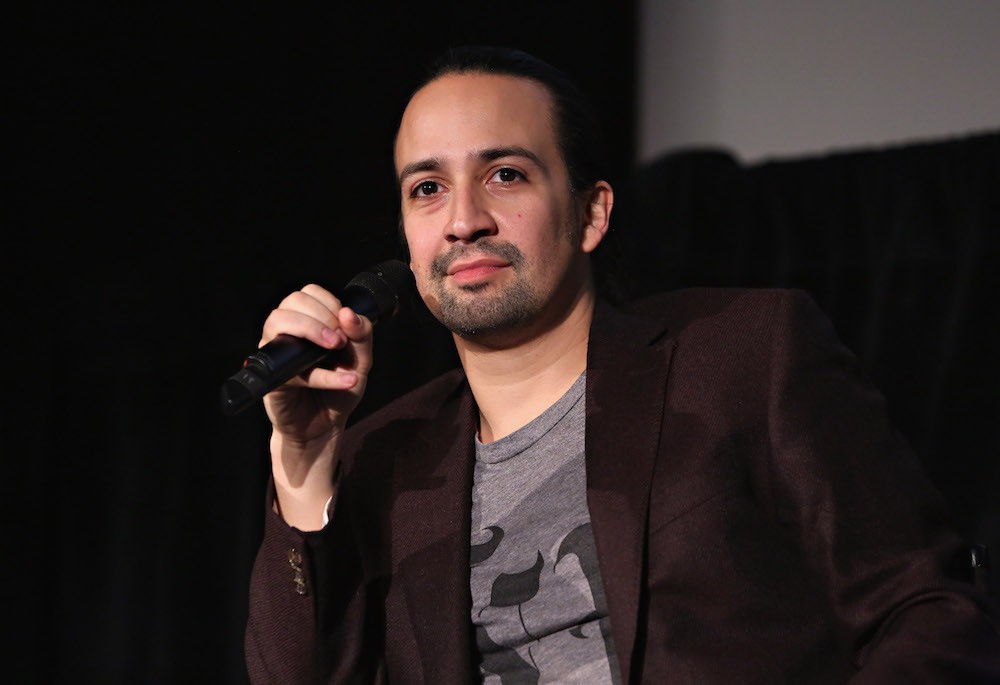 Early Saturday morning, Donald Trump responded to pleas for help from San Juan mayor Carmen Yulín Cruz by personally attacking her and the people of Puerto Rico, calling her a poor leader and implying that the U.S. commonwealth’s workers are too lazy to help themselves. The president’s racist–and false–rant prompted immediate and harsh rebukes from anyone with a half a conscience, with perhaps the harshest coming from Hamilton creator and star Lin-Manuel Miranda.

“You’re going straight to hell, @realDonaldTrump. No long lines for you. Someone will say, ‘Right this way, sir.’ They’ll clear a path,” he wrote in the first of three tweets he fired of Saturday morning.

You're going straight to hell, @realDonaldTrump.
No long lines for you.
Someone will say, "Right this way, sir."
They'll clear a path. https://t.co/xXfJH0KJmw

She has been working 24/7.
You have been GOLFING.
You're going straight to hell.
Fastest golf cart you ever took. https://t.co/5hOY23MBvQ

Did you tweet this one from the first hole, 18th hole, or the club?
Anyway, it's a lie. You're a congenital liar.https://t.co/pxx7qvHPdf https://t.co/edFgHSHe3y

Hurricane Maria struck Puerto Rico over a week ago, and much of the island remains without power or access to basic necessities like food and potable water. Friday night, Cruz gave a press conference during which she pleaded for help from Trump. “I am asking the President of the United States to make sure somebody is in charge that is up to the task of saving lives,” she said. “If anybody out there is listening, we are dying, and you are killing us with the inefficiency and the bureaucracy.”

San Juan mayor: "I am asking the President of the United States to make sure somebody is in charge that is up to the task of saving lives" pic.twitter.com/nOX5RNGmyp

Other Other musicians and artists also criticized Trump this morning, including Questlove, Stephen King, and John Legend.

Trump continues to dominate the shittiest president ever competition https://t.co/mUOiLfpfLT

Donald Trump, the master of self-congratulation. His picture should be next to NARCISSIST in the dictionary.