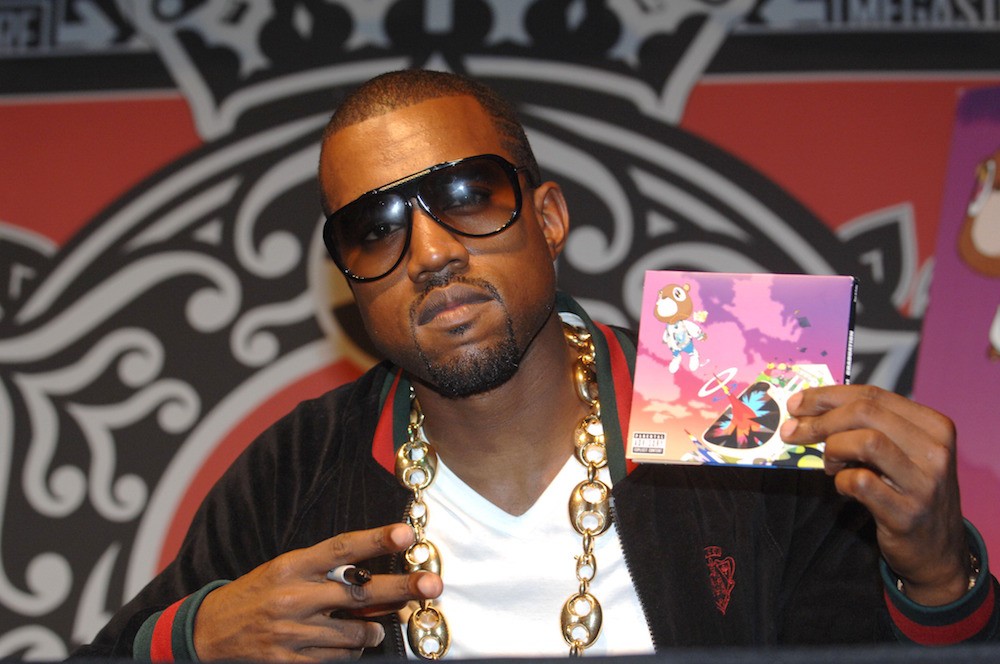 Today is the 10th anniversary of Kanye West’s Graduation. Like just about every Kanye record, his neon-glowing third album is packed with a deliriously diverse set of samples: Can, Elton John, Michael Jackson, Daft Punk, and on “Champion,” the wholly unaltered voice of Donald Fagen, backed by a tower of synths, belting out a line from the first verse of Steely Dan’s classic Royal Scam opener “Kid Charlemagne.”

The Dan sample is so central to both the music and lyrics of “Champion” that it’s hard to imagine the song working at all without it. (Fagen is the guy singing “Did you realize / You were a champion in their eyes?”) So it’s understandable that Kanye went into crisis mode when it seemed like the sample might not clear.

“Champion” is about Kanye’s complicated relationship with his father. As the rapper described in a 2008 SPIN cover story, Fagen and late Steely Dan guitarist Walter Becker did not initially approve of the use of their song, and Kanye sent Fagen a letter describing the backstory with hopes of convincing them. Evidently, it worked:

How do you find your samples — for example, the sample of Steely Dan’s “Kid Charlemagne” on “Champion”?

One of my producers, Brian “All Day” Miller, made that track. I heard it and was overwhelmed. Me and my father’s relationship is a little strained. So when I started writing on [the track], something came out of me to speak on that, but to say, in the end, that my father was a champion in my eyes, even with our ups and downs.

Your parents divorced when you were three. But in the past, you’ve portrayed your relationship with your father as harmonious. Where were the rough patches?

I ain’t gonna speak on that. But I will say that that is what got the sample cleared. I wrote a letter to [Steely Dan’s] Donald Fagen and explained to him the importance of this song to me, and of expressing these feelings to my father. I think it’s what made the difference in getting the sample cleared. All of these living artists — I think they’ve learned to trust the Kanye brand. They know their sample is not gonna be placed with some quote-unquote booty video.

And a few years later, in an interview with Complex, Fagen confirmed that the “handwritten letter” from Kanye helped him and Becker overcome their reservations about the sample:

Kanye actually sent us a sample of his tunes, and frankly, Walter and I listened to it, and although we’d love some of the income, neither of us particularly liked what he had done with it. We said “No,” at first, and then he wrote us a hand-written letter that was kind of touching, about how the song was about his father, and he said, “I love your stuff, and I really want to use it because it’s a very personal thing for me.” My mind doesn’t work like that—I would never use someone else’s stuff if I was writing something personal, but I guess that’s how he was thinking about it. It was such a good letter that we said, “All right, go ahead,” and we made a deal with him.

Plenty of artists would have given up on “Champion” after getting the kibosh from the Dan. It speaks to Kanye’s ear for a hook that he picked out the sample in the first place, and to his obsessive dedication that he persevered until he got it approved. Listen to “Champion” and “Kid Charlemagne” below.