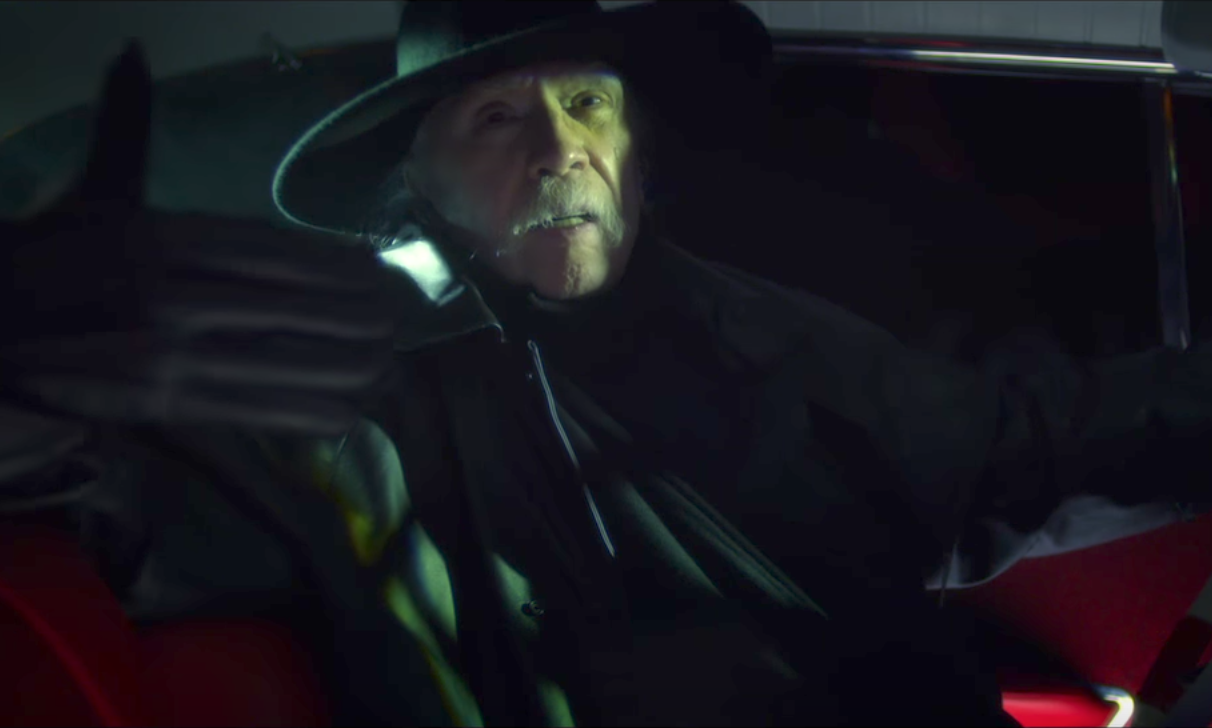 Horror-film auteur John Carpenter is back in the saddle, musically, for his upcoming album of reinterpretations of some of his greatest movie themes, Anthology: Movie Themes 1974-1998. To celebrate the release, however, he’s also returned to directing, albeit on a small scale. In a new video for his Movie Themes version of the theme for his 1982 Stephen King adaptation Christine, Carpenter loosely revisits the world of the original film. An ominous car chase ends with Carpenter himself as the creepy figure that beckons the young woman into the driver’s seat. The video is the first project Carpenter has directed since his 2010 film The Ward. Anthology: Movie Themes is out October 20; the first release from the album was a new version of “In the Mouth of Madness” Carpenter posted last month. Watch the “Christine” video below.