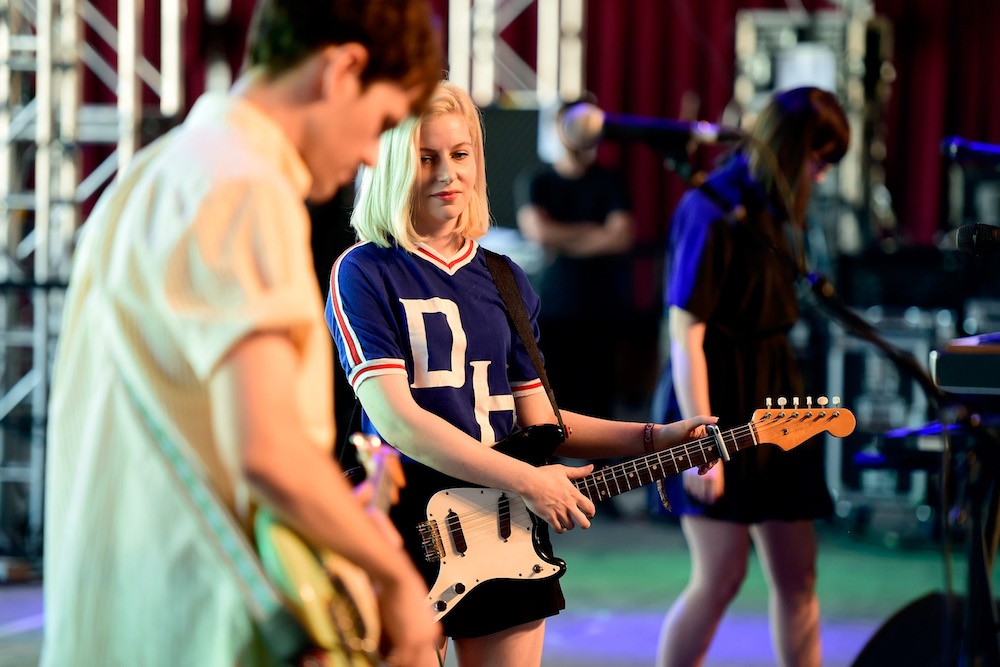 Alvvays are currently touring Europe in support of their very good sophomore album Antisocialites, and some shit went down at their concert in Antwerp, Belgium over the weekend. While the band was playing “Party Police” off of their 2014 debut, some idiot in the audience crashed the stage and tried to kiss frontwoman Molly Rankin. That’s really not an OK thing to do, but for some reason, the dude seemed genuinely shocked that she didn’t want to be grabbed by a total stranger. Fortunately, Rankin didn’t seem too shaken up by the whole thing, but it was still very weird and bad, and you can watch it happen below at around 3:35 via r/indieheads.