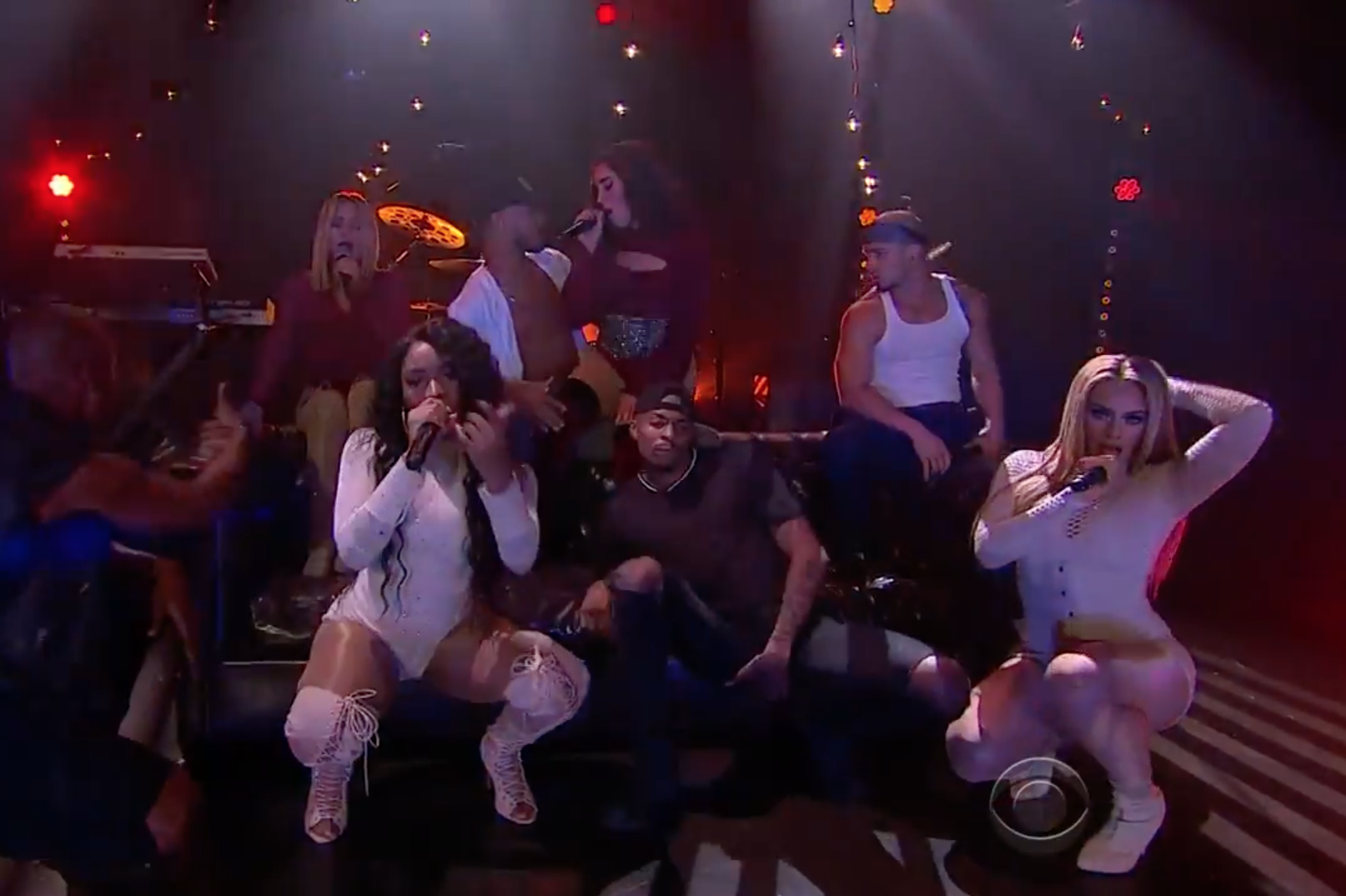 Fifth Harmony were last night’s musical guests on The Late Late Show, where they pulled off a live rendition of the involved choreography for their new single “He Like That.” They also played a game called “Flinch,” in which each singer stood behind a pane of glass and attempted not to spill a martini glass while being pelted with liquified fruit (Normani and Lauren fared best).

Thankfully, we were spared the indignity of James Corden pretending to be the fifth member of Fifth Harmony, which is exactly the kind of thing he’d come up with. The pop group’s self-titled third album is out now. Watch both Late Late Show clips below.