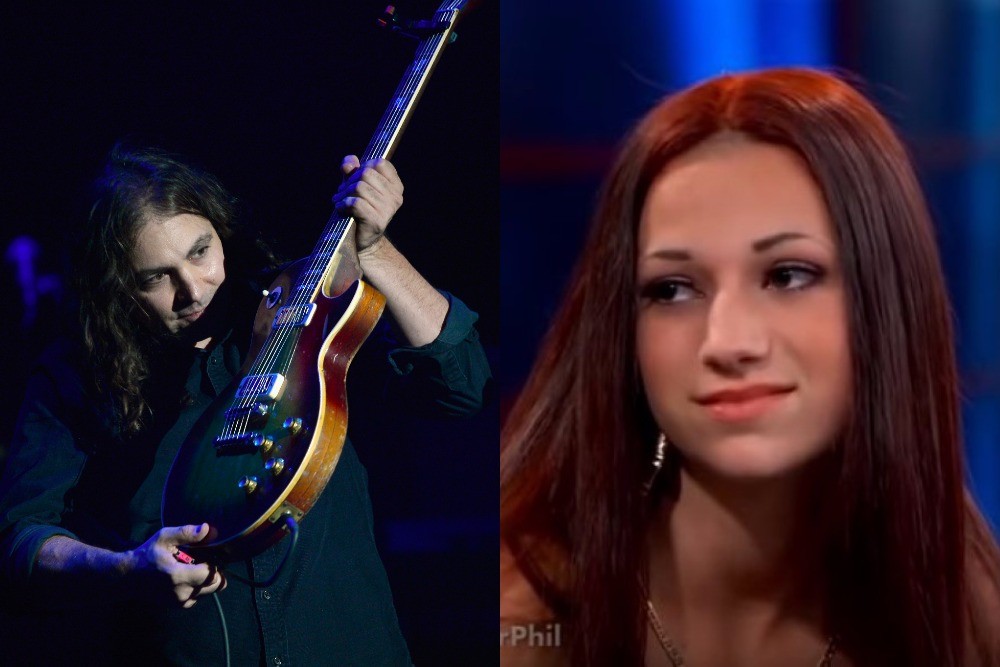 Today comes the news that Danielle Bregoli, aka the viral “Cash Me Outside” girl, has signed a record label with Atlantic. TMZ says the label became interested in Bregoli after “These Heaux,” a song she recently released, was unexpectedly successful—the video has over 21 million views, and it’s landed on the Billboard charts. Per TMZ: “We’re told the deal includes multiple albums and is worth millions … Bregoli signed the contract under her rap name, ‘Bhad Bhabie.'”

Signing rappers off the strength of one viral single is nothing new, but Bregoli’s rise is particularly emblematic of the modern moment. She went viral because of a reality TV show appearance, then stayed in the spotlight by collaborating with YouTubers and becoming a social media personality in her own right. I’m regrettably—thankfully?—too old to explain her appeal, but she remained very popular, ensuring that any song she released would get some attention, regardless of its quality. That phenomenon isn’t new, either: YouTubers like Jake Paul and RiceGum have landed songs on the Billboard charts this year with their own, largely terrible singles. But because Bregoli’s song better appropriates the qualities of good rap, and because she’s seen as a controversial personality instead of a merely annoying one, she’s gotten this Atlantic deal off the idea that she can hold people’s attention while making music that isn’t completely terrible. For millions of dollars, supposedly.

You do not have to be a cynic to note the myriad ways in which Bregoli, a rude 14-year-old, might not be expected to produce great art, or why she might not deserve this shot that presumably hundreds of aspiring musicians—many of them better—might want. Time will be the true test of whatever happens. But hey, want to know something funny? Her signing to Atlantic means she’s now label mates with artists like the War on Drugs, Ed Sheeran, Paramore, Charli XCX, Coldplay, and many other beloved, popular musicians. That three record companies basically own the entire industry means all sorts of artists are juxtaposed on labels, but this is a particularly eyebrow-raising reality—one that, assuming your standard for worthwhile music is not “was once sort of grossly entertaining on Dr. Phil,” will ideally not be replicated in the future. Then again, she’s only 14. If she grows into a star, someone at Atlantic will look like a genius.