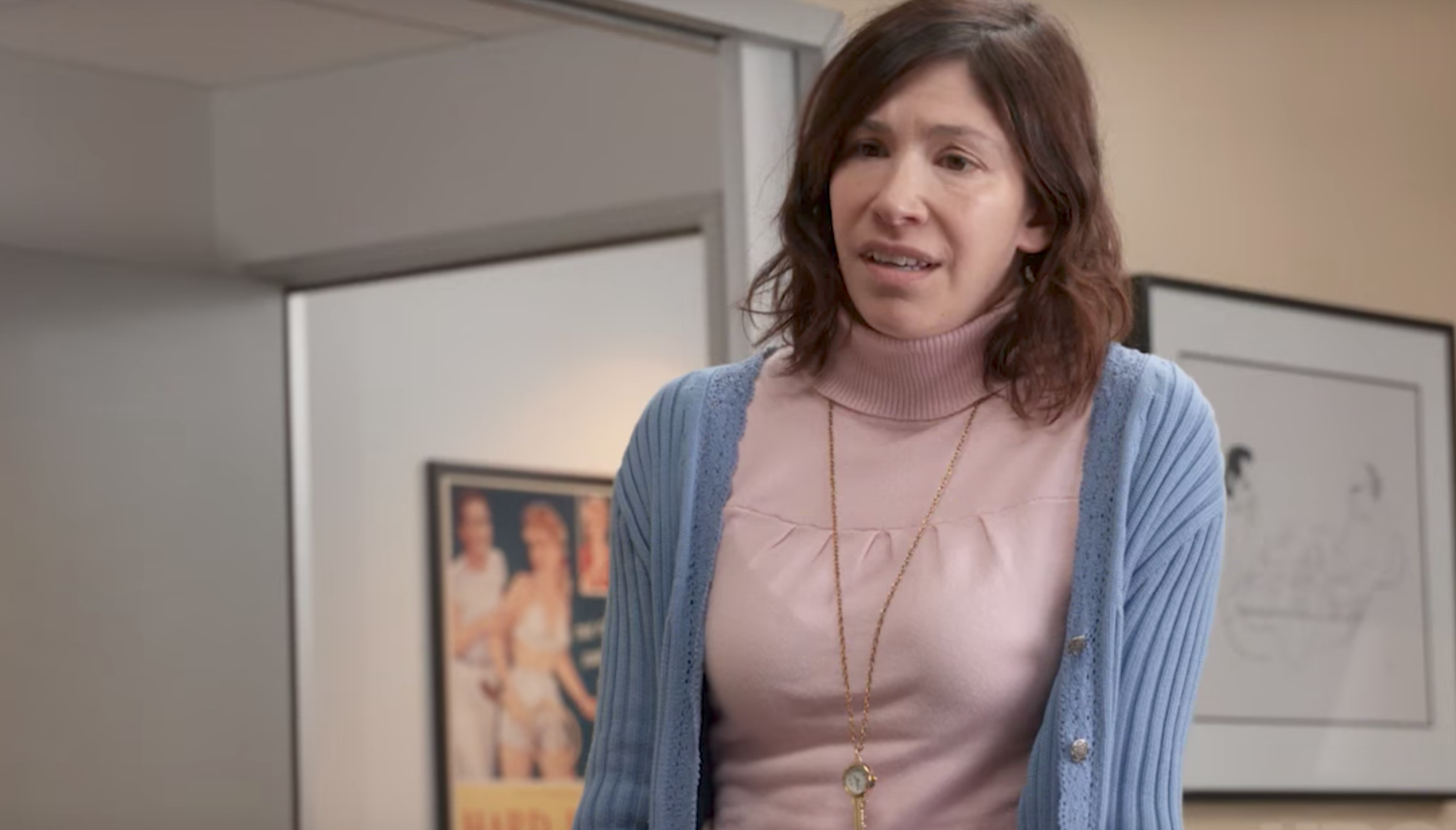 Next month, after being off the air for six years, Curb Your Enthusiasm will return with a new season on HBO. And now that she’s had seven seasons of Portlandia to hone her comedy chops, Carrie Brownstein will be practicing them on the highest possible level. Brownstein — along with people like Bryan Cranston, Jimmy Kimmel, Lauren Graham, Nick Offerman, and Nasim Pedrad — will be one of the guest stars on the new Curb season. And in the new trailer for the season — the first extended look at it that we’ve had — we get to see Brownstein and Larry David discussing whether it’s OK to call in sick from work with constipation. Check it out below.

Season nine of Curb Your Enthusiasm begins 10/1 on HBO.