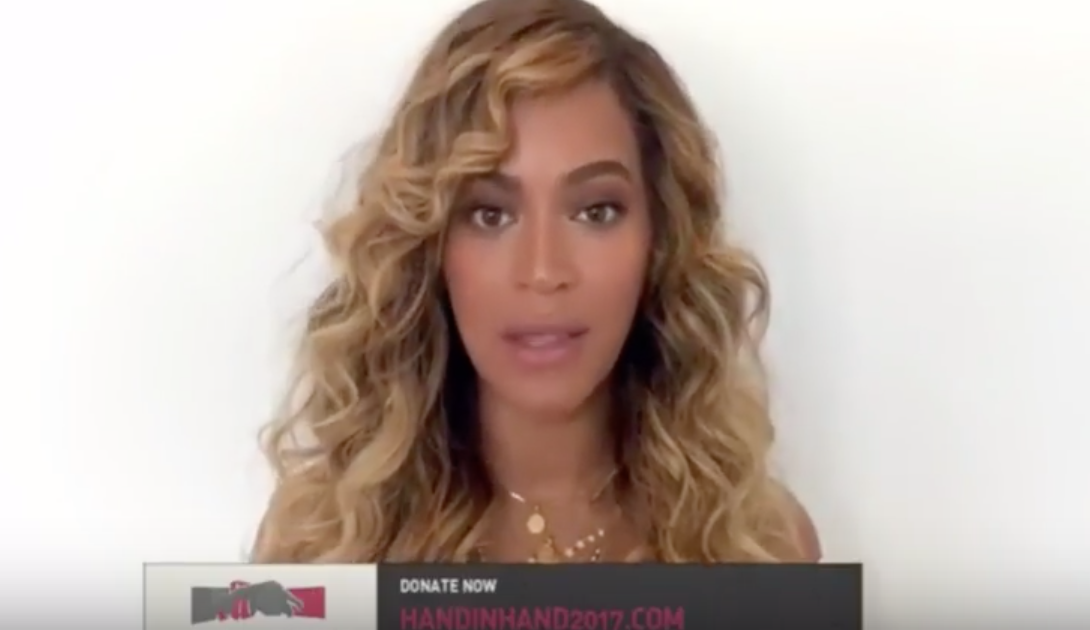 Beyoncé gave an firm plea to viewers tonight during the Hand in Hand hurricane relief telethon to benefit those hurt by Hurricane Harvey and Hurricane Irma. “During a time when it’s impossible to watch the news without seeing violence or racism in this country—just when you think it couldn’t possibly get worse, natural disasters take take precious life, do massive damage, and forever change lives, leaving behind contaminated water, flooded hospitals, schools, and nursing homes,” the Houston-native said..

The singer stressed the importance of coming together in such a divisive political moment. “Natural disasters don’t discriminate,” she said. “They don’t see if you’re an immigrant, black or white, Hispanic or Asian, Jewish or Muslim, wealthy or poor. It doesn’t matter if you’re from Third Ward or River Oaks, we’re all in this together.”

Beyoncé also connected the catastrophes to climate change. “The effects of climate change are playing out around the world every day,” she said. “Just this past week, we’ve seen devastation from the monsoon in Indie, an 8.1 earthquake in Mexico and multiple catastrophic hurricanes.”

Beyoncé has been involved with the recovery effort in Houston since Harvey first struck last month, making a large private donation herself as well as launching her own fundraising efforts online to work with Houston’s Break of Life and the Greater Houston Community Foundation. Las Friday, the singer gave a similarly heart-stricken speech to evacuees at Houston’s St. John’s Church.

Proceeds from Hand in Hand will go to charities like the Rebuild Texas Fund, ASPCA, Best Friends, Direct Relief, Feeding Texas, Habitat for Humanity and more. Watch a clip of Beyoncé’s speech below.