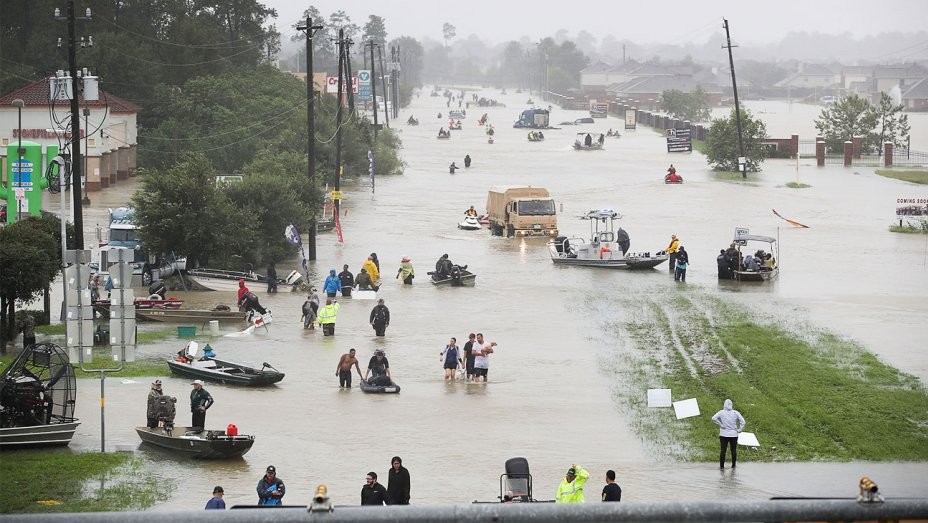 ABC, CBS, Fox, NBC and CMT have joined forced to air a Hurricane Harvey relief telethon, it was announced today.

George Clooney, Beyoncé, Oprah Winfrey, Barbra Streisand and Reese Witherspoon are among the stars set to appear on the broadcast, set for September 12 at 8 p.m. ET.

Houston rapper Bun B and Scooter Braun organized the telethon, “Hand in Hand: A Benefit for Hurricane Harvey Relief.” The one-hour special, which will air across the big four broadcast networks and on CMT, will be based in Los Angeles, with stages in New York and Nashville. The event will also feature a performance from Texas native George Strait from his San Antonio benefit concert. The show will broadcast live on the East Coast and replay on the West Coast and will be available online via live stream on Facebook and Twitter during the East Coast airing.

Proceeds from “Hand in Hand” will benefit United Way of Greater Houston, Habitat for Humanity, Save the Children, Direct Relief, Feeding Texas and The Mayor’s Fund for Hurricane Harvey Relief (administered by the Greater Houston Community Fund) through the Hand in Hand Hurricane Relief Fund managed by Comic Relief Inc. Phone lines, text messaging and digital donations will be open at the beginning of the show and conclude one hour after the show ends. More information is available here.

The destruction caused by Hurricane Harvey has already spurred multiple, sizeable donations from individual stars and companies like Disney, Apple, Amazon, and Telemundo. Disney also presented a “Day of Giving,” last Thursday, during which its various channels raised money for the Red Cross.

Houston native Beyoncé had previously said she and her team were working on a plan to “help as many as we can.”

Harvey struck Texas on August 25 as a Category 4 hurricane. Despite weakening to a tropical storm, Harvey produced 52 inches of rain, causing devastating floods in Houston and other areas. The storm is blamed for at least 60 deaths.

Following Hurricane Katrina, in 2005, Hollywood launched a number of fundraising efforts, including NBC’s “Concert for Hurricane Relief,” which aired September 2. That benefit featured such stars as Leonardo DiCaprio, Mike Myers, Hilary Swank, Claire Danes and John Goodman, but is perhaps best remembered for Kanye West’s off-script moment, in which he blasted the government’s response to the disaster, declaring, “George Bush doesn’t care about black people.”