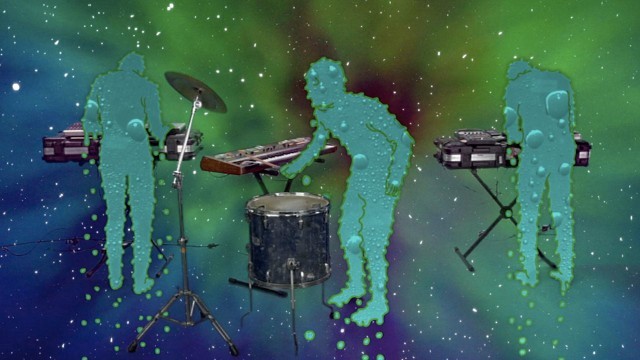 One of the day’s biggest new stories is that the Cassini spacecraft, the first probe ever to orbit Saturn, finished its 20-year mission when it crashed into Saturn early this morning. The probe accomplished a lot. It explored the moons of Titan and Enciladus, two places that could, at least theoretically, support life. It successfully delivered another probe onto Titan, marking the first landing of a spacecraft in the outer solar system. And it sent one last image back to earth before taking its final plunge. These are all cool things. And here’s something else cool: Whether you knew it or not, you’ve heard the probe’s recordings of radio emissions from Saturn’s rings.

On their 2009 single “My Girls,” a song that was inescapable if you lived in certain urban neighborhoods at the time it came out, Animal Collective sampled those radio waves. The sample is the weird whistling sound that you hear before the keyboards come in. Here’s the recording that Animal Collective used:

Here’s the song that Animal Collective made, which you have probably already heard many times:

And here’s the thank-you that Animal Collective posted on Instagram today:

Farewell Cassini. Thanks for the My Girls intro. @nasa 📸#cassini

Nice job, Cassini. You did a lot.