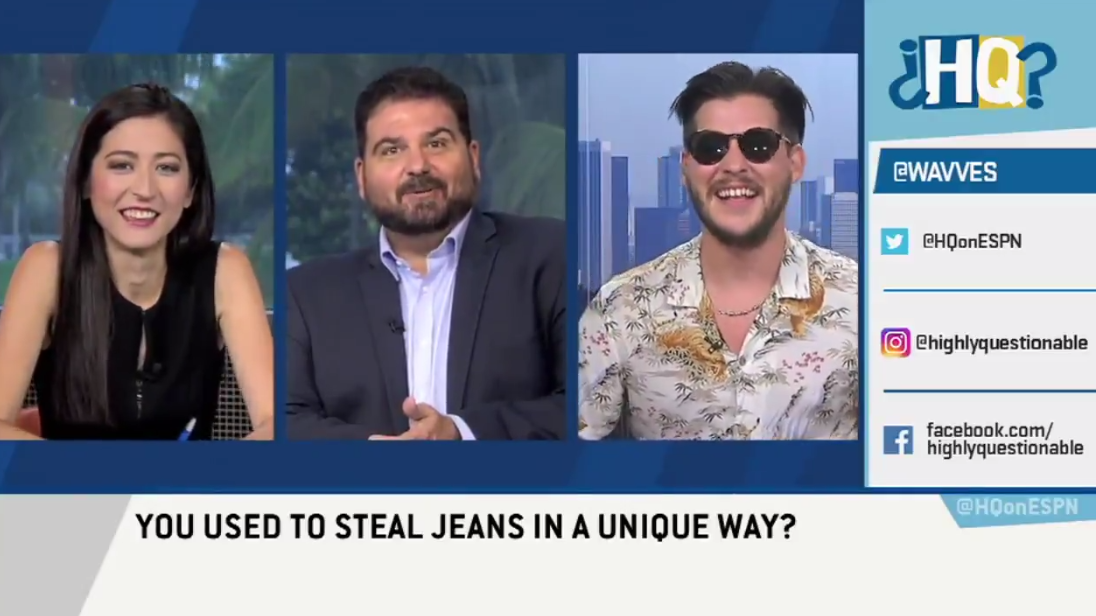 On Friday, Wavves’ Nathan Williams was a guest on ESPN’s “Highly Questionable.” Among other things, he addressed his addiction to heroin, which he said he funded in parts by wearing JNCOs to Nordstrom to shoplift. “I’d put like five pairs of pants on under my jeans,” Williams said. “I had a dealer who liked nice jeans so he would trade.” He also explained why he’s only recently spoken publicly about his addiction. “I didn’t want people to get the wrong idea and think that I’m glamorizing drug use,” he said. “The reason I [started talking] about it, was for kids now. You have a lot of people talking about popping xans and drinking lean, and all these things that are so addictive and terrible for you. It’s just a road that’s better left not traveled.”

Host Dan Le Batard’s father Papi helped end the interview on a lighter note. “I hear that you have a cat that’s internet famous—can you tell me why?” Williams went on to explain why his cat, named Snacks, is “the cutest cat in the universe” who also happens to be epileptic. Watch the full interview, which isn’t as bleak as it sounds, below.

.@WAVVES provided some sobering perspective on escaping drug use, then told Papi about his internet-famous cat. pic.twitter.com/dw2tBF0QZE