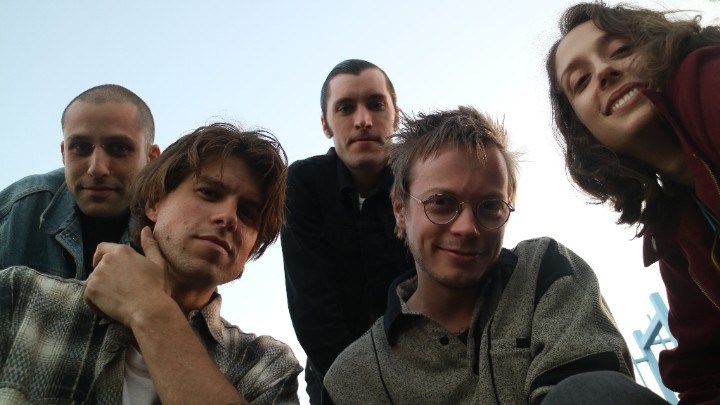 The opening riff of Wand’s “Bee Karma” sounds like any of two dozen far more famous alt-rock songs. That’s a fakeout: To take you out of your mind, these psychedelic Californian garage-dwellers first prime you with the very familiar. You might almost miss the opening line about talking to trees, or how, not long after, it starts raining indoors.

All the time, the “Bee Karma” video follows a classical circus clown in a fit of hysterics, whether of laughter or sobbing it’s hard to be sure. According to Wand frontman Cory Hanson:

The video stars my brother Casey as the clown that I drive around.  Abby Banks shot all the footage of him in the car, then I shot all the double exposure dancing parts on a high school assembly stage. It’s an age old story. In the end, the good clown wins and gets to be free. He dances.

Wand’s recently announced album Plum is out September 22 from Drag City. It’s the band’s first since 2015’s 1000 Days, and their first since adding guitarist Robbie Cody and keyboardist/vocalist Sofia Arreguin to the lineup. Hear “Bee Karma” and the title track below.