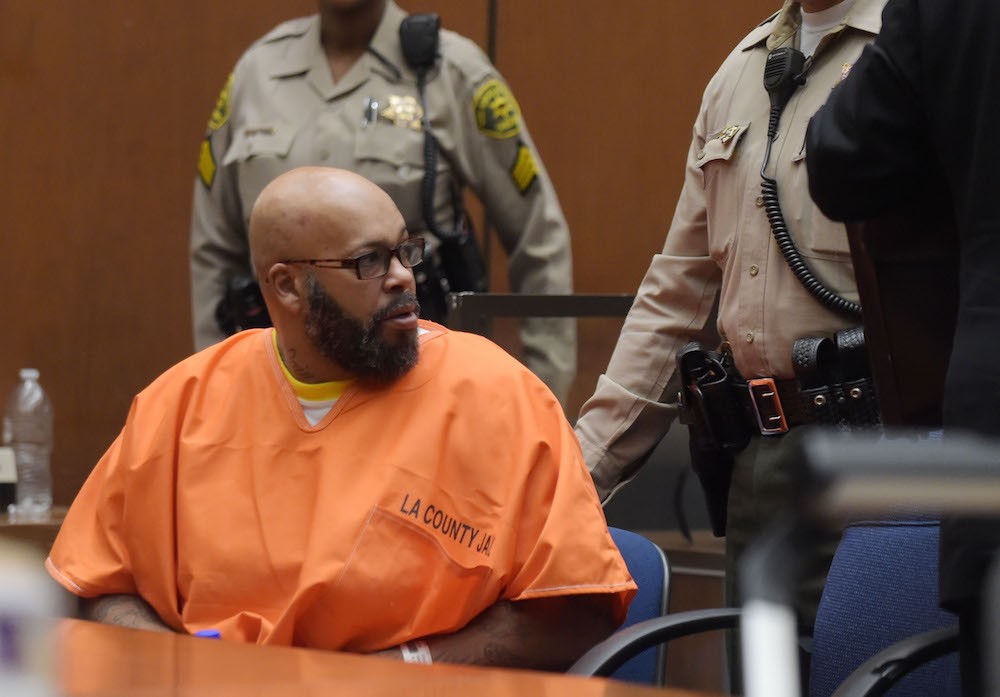 Death Row Records co-founder Suge Knight has been indicted for allegedly making death threats to F. Gary Gray, director of the 2015 N.W.A. biopic Straight Outta Compton, TMZ is reporting. In August 2014–during production of the film–Knight allegedly sent a text message in which he “threatened to commit a crime which would result in death and great bodily injury” to Gray. According to TMZ, Knight was upset about the way in which he was portrayed in the film.

Knight has previously been accused of murdering a former business associate named Terry Carter near the set of Straight Outta Compton in January 2015, five months after the alleged threat to Gray. He has pled not guilty to those charges, and will stand trial for Carter’s death next year.

Sources close to Knight told TMZ they believe the threat charge is part of a law enforcement vendetta against Knight, because the murder case against him is “falling apart.” Court records show he is scheduled to be arraigned on that charge today.