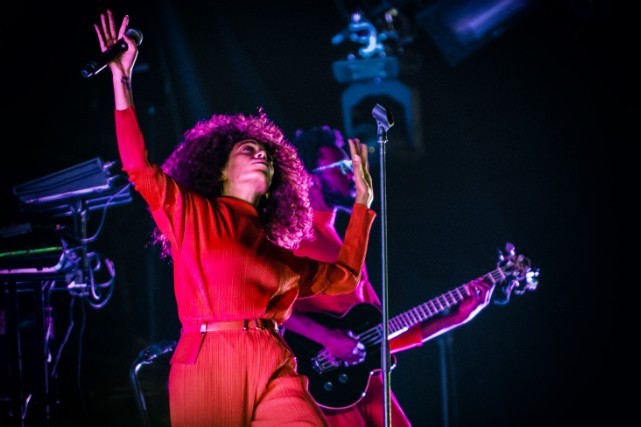 Solange’s current live show is an absolutely triumphant artistic achievement, and that’s a good enough reason to go catch it. But now you’ve got another great reason, too: She’s using her show to raise money for the people affected by Hurricane Harvey flooding in her Houston hometown. Today, Solange announced a new Boston show, a part of her Orion’s Rise performance series. It’s coming to Boston’s Orpheum Theater on 9/28, and all proceeds are going to Hurricane Harvey relief funds. Sun Ra Arkestra will open. Here’s what Solange says about the show in a statement:

I will be doing a special ‘Orion’s Rise’ show in Boston, and ALL proceeds will go towards Hurricane Harvey Relief. I’m committed to partnering with organizations on the ground in Houston and making contributions to uplift the city that raised me with so much love. See you September 28th Boston, I thank you in advance for making this a special meaningful night!

Solange’s sister Beyoncé has also pledged to help out with relief efforts.