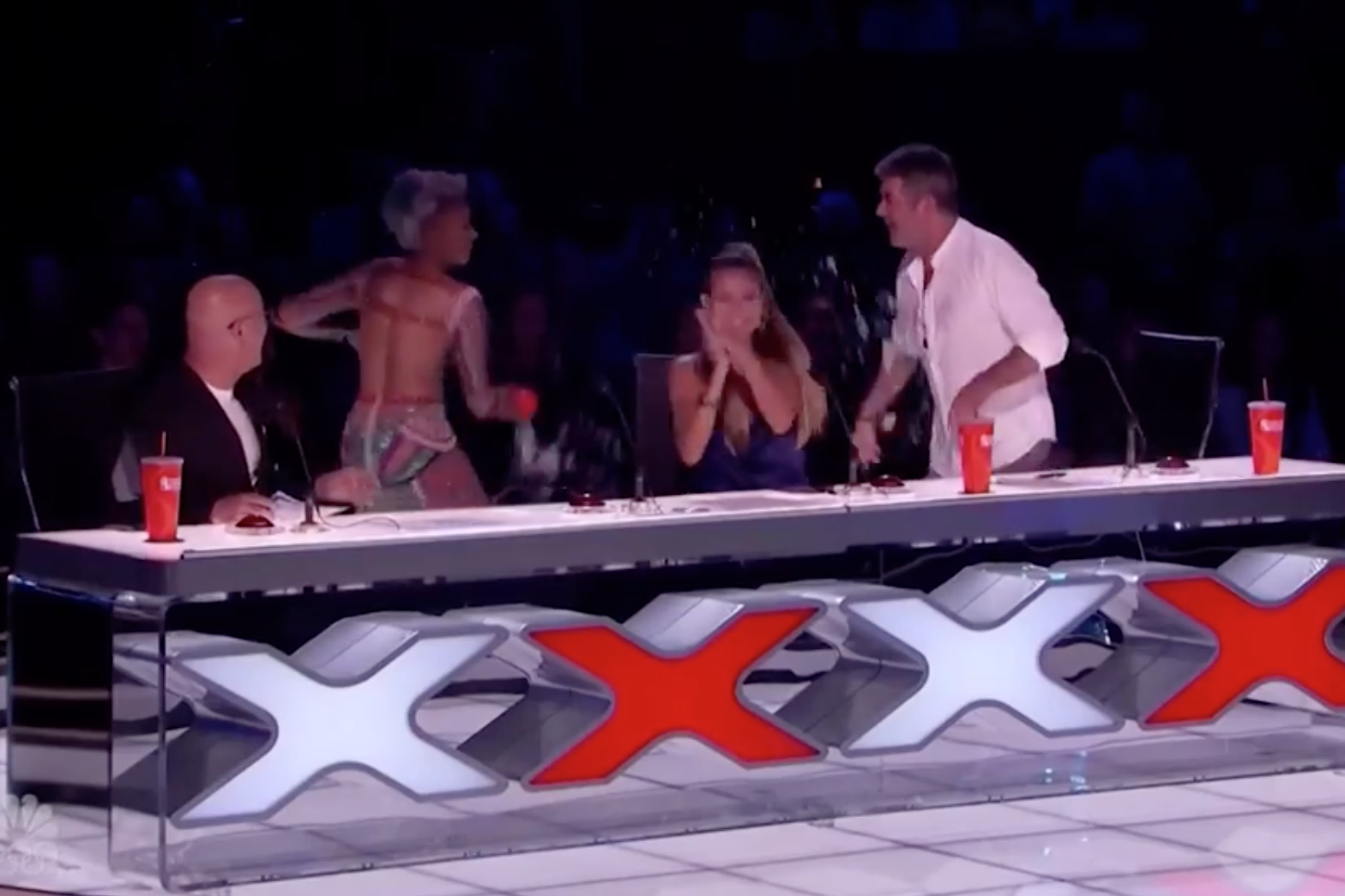 At some point during last night’s episode of the artificially tense dreck factory America’s Got Talent, an aspiring magician failed to execute his would-be Houdini stunt. Simon Cowell was there to bear witness, and to bring insult: “I’m kind of imagining this would be like Mel B’s wedding night, a lot…,” Cowell began, prompting the fellow judge and former Spice Girl—not for the first time—to hurl a cup of water at him:

On any other night, this would be the craziest thing to happen on #AGT. pic.twitter.com/toWPVW65Sx

Mel B is currently in the midst of an acrimonious divorce from ex Stephen Belafonte, whom she’s accused of abuse, sexual coercion, and blackmail. (Belafonte has denied the accusations.) The former couple is now locked in an equally acrimonious child custody battle. There’s never been a worse time to make a crack about Mel’s love life on national television!

After an infuriated Mel B stormed offstage, Cowell sat down and finished his line in the damp: “…a lot of anticipation, not much promise or delivery.” Sort of like that joke, eh Simon?

Mel B returned to her seat for the next act, though she’d have been within her rights to never come back. Perhaps she should consider one of those spray bottles for cats. Watch it below.