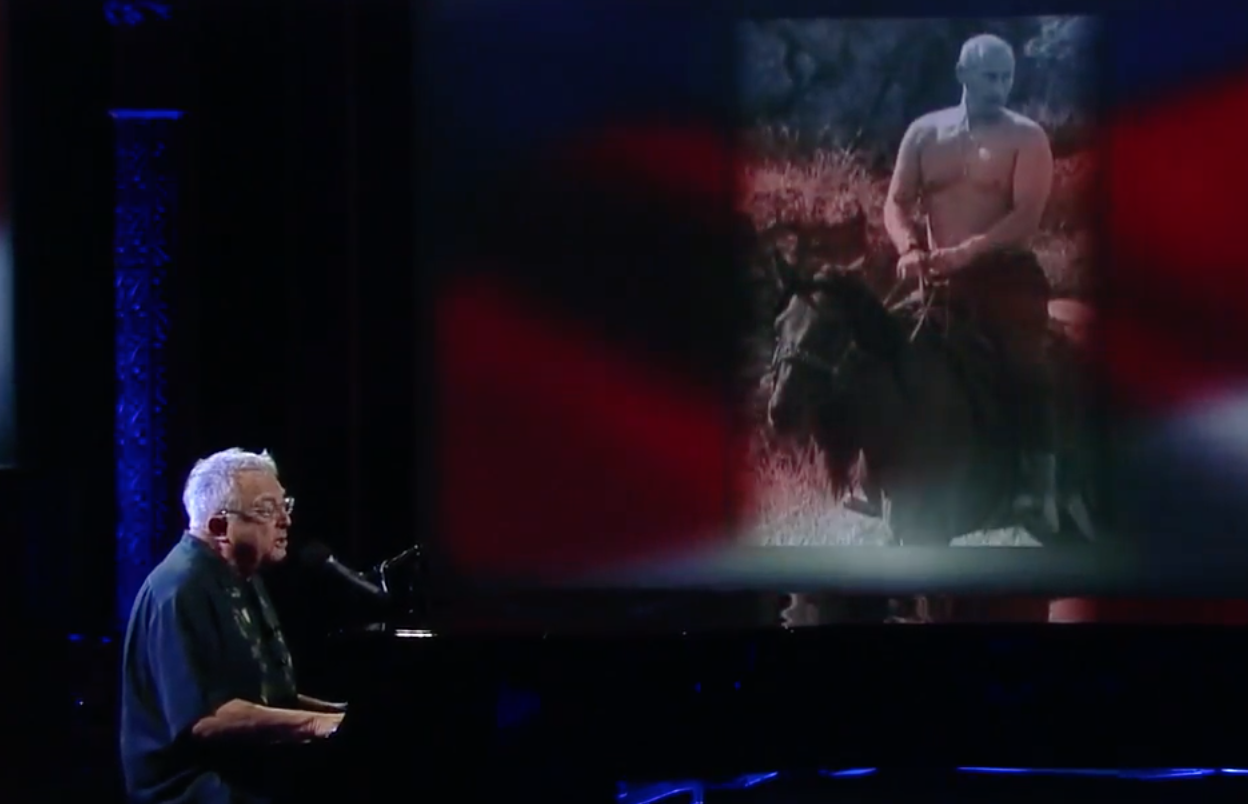 And when he take his shirt off/He drives the ladies crazy/When he take his shirt off/Makes me want to be a lady! So goes a crucial stanza in Randy Newman’s “Putin,” an elaborate track from his forthcoming new album Dark Matter. Putin originally premiered on The Washington Post last year, but obviously has some new resonances to take on in 2017. Newman, as is customary for him, played the song along on the piano, backed by a montage of images of the Russian president at various stages of his life. At the end, an animated Putin applauds the performance from the audience. Watch the performance below, and enjoy Putin taking his shirt off.

Trump’s Handwritten Note on Russian Collusion Statement: “THERE WAS NO COLUSION”

Oh, So That’s What He Meant