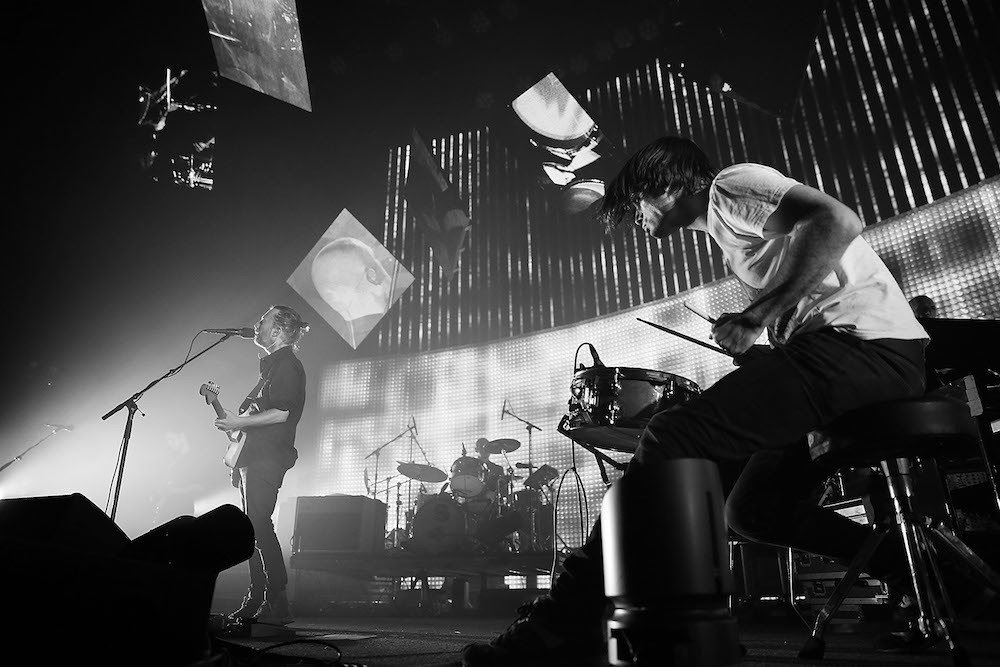 Over the weekend, Radiohead’s frontman Thom Yorke and guitarist Jonny Greenwood played a benefit gig together at Italy’s Macerata Sferisterio to benefit Le Marche, a region that was hit by a series of earthquakes last spring. The set included songs that the band hasn’t played in years, including In Rainbow’s tangly guitar tune “Faust Arp,” Hail to the Thief’s “A Wolf at the Door,” “Cymbal Rush” from Yorke’s 2006 solo effort The Eraser, and the unreleased cut “Follow Me Around,” according to a set list obtained by Stereogum. “Faust Arp,” “Follow Me Around,” and a part of “A Wolf at the Door” can be heard at the 15:20, 44:40, 49:47 marks, respectively, in the Periscope stream below.