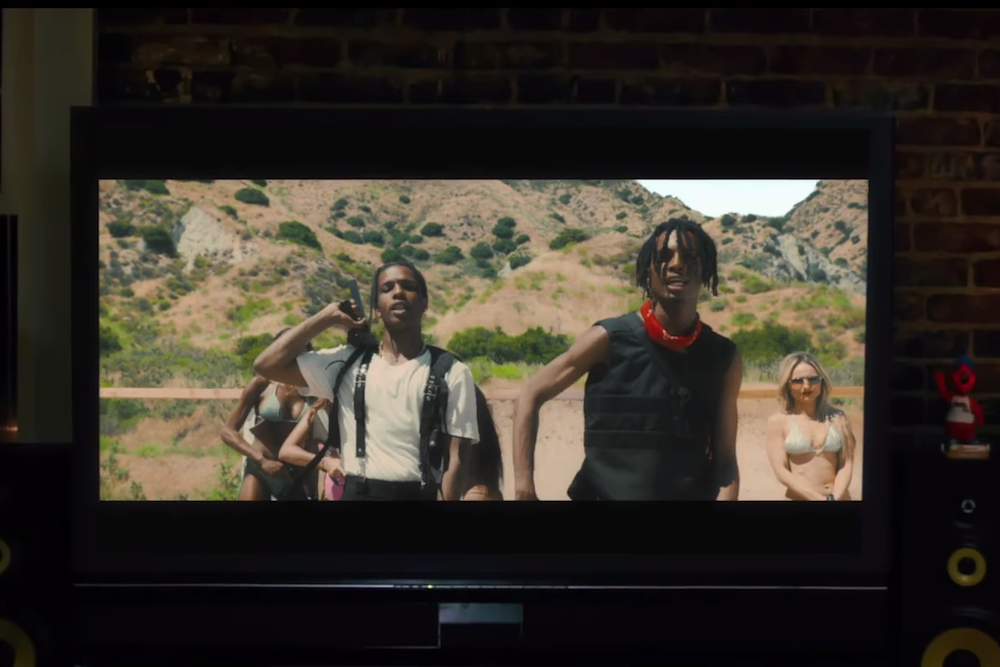 After dropping videos for his hits “Magnolia” and “wokeuplikethis*,” Playboi Carti has released another video from his self-titled debut mixtape. This one’s for “New Choppa,” which features his frequent collaborator A$AP Rocky.

The new clip sees Carti and Rocky trying their hands at satire. Rocky kicks off the video talking about how lame hip-hop videos with guns are, so of course, the rest of the flick features the duo and some models unloading automatic weapons. Watch below.