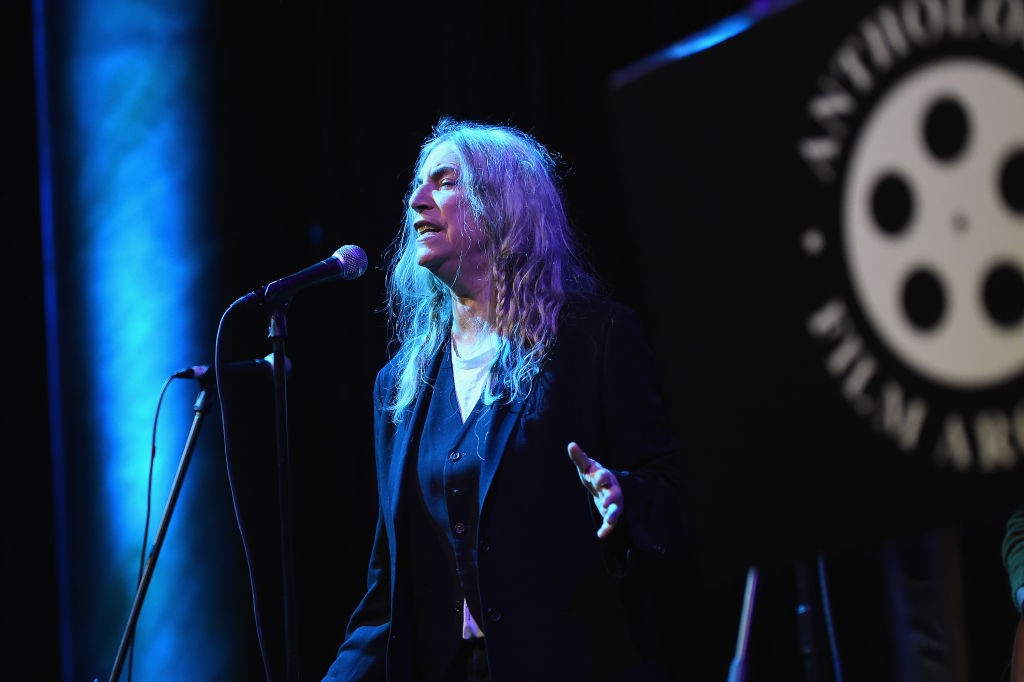 In her essay, titled “My Buddy,” Smith recalls Shepard’s keen literary mind, his love of rugged Western landscapes, and the creative restlessness that spurred him to pack up and hit the road. Eventually, she writes, illness kept Shepard at home in Kentucky, where he “courageously summoned a reservoir of mental stamina” to finish his final manuscript. Smith also mentions a pair of tattoos the pair got as young artists: a moon on Shepard’s hand and a lightning bolt on Smith’s knee.

“We had our routine: Awake. Prepare for the day. Have coffee, a little grub. Set to work, writing,” Smith writes, describing a visit to Shepard in Kentucky. “Then a break, outside, to sit in the Adirondack chairs and look at the land. We didn’t have to talk then, and that is real friendship. Never uncomfortable with silence, which, in its welcome form, is yet an extension of conversation. We knew each other for such a long time. Our ways could not be defined or dismissed with a few words describing a careless youth. We were friends; good or bad, we were just ourselves. The passing of time did nothing but strengthen that.”