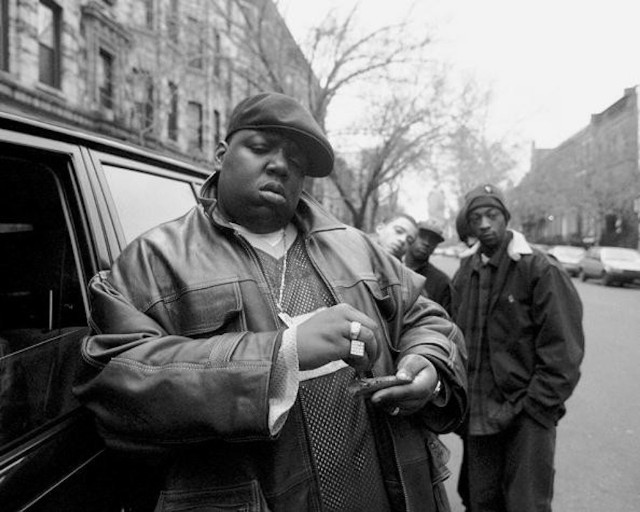 After years of debate as to whether or not he’s deserving of such an honor, Notorious B.I.G., née Christopher Wallace, has finally received a New York City-sanctioned tribute in his name. On Wednesday, a set of game courts in Clinton Hill, Brooklyn, near where he called home, were renamed the Christopher “Biggie” Wallace Courts, as part of the Crispus Attucks playground. The freshly minted facility underwent a $2.5 million facelift just in time for an annual basketball tournament held in the rapper’s name, an event that raises money for youth programs in the area.

Activists and hip-hop heads have been battling for some time to get an official recognition for Biggie on the streets that he called home. For years, residents of the neighborhood–many of them often white newcomers–argued against an honorific for him, citing that he was not educated enough, that he was too unhealthy, that his life marred by crime, drugs, and violence was not worthy of official recognition. But his legacy as one of the greatest rappers of all time has long held sway over the streets here. The ceremony on Wednesday was attended by biggie’s daughter T’yanna and emcee D.J. Mister Cee, as well as a handful of city officials, according to the New York Times.

New York City Council Member Robert Cornegy, who grew up in the same building as B.I.G., has been working for years to keep the rapper’s legacy alive. In a speech at the ribbon-cutting ceremony, Cornegy recalled what made Wallace so special: “Big was a funny kid, a little chubby with a bubbly personality and a whole lot of smarts. He was a wordsmith. he could’ve written novels.”

Earlier this year, there was significant uproar when a two-story mural of the rapper in the Bed-Stuy neighborhood of Brooklyn was set to be covered over. That fight was eventually won, when the landlord of the building reneged on his plans after learning the significance of Biggie’s contributions to the neighborhood.