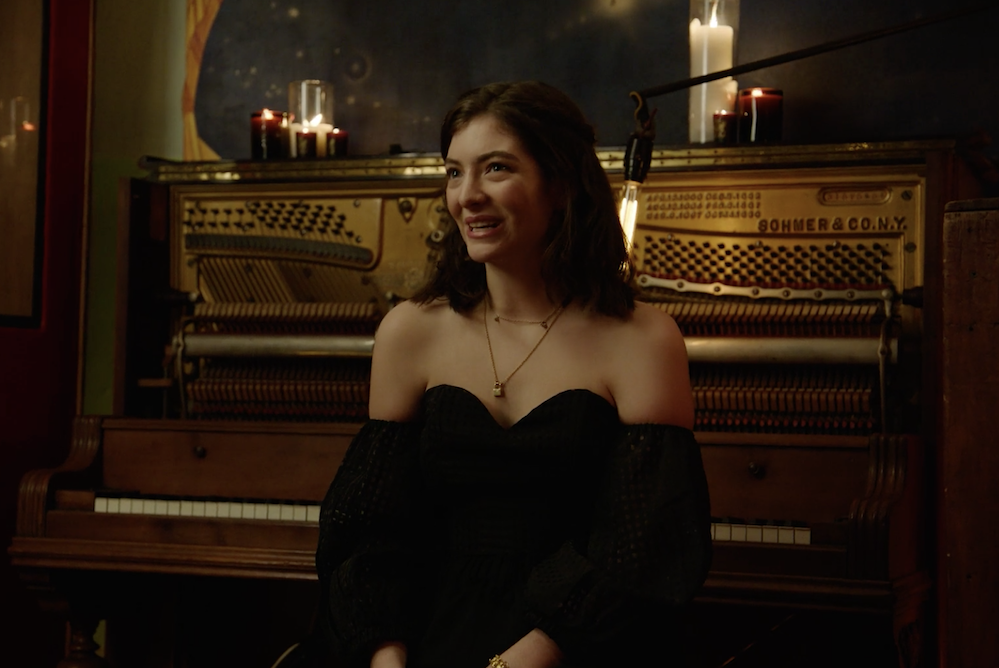 In a collaboration with Vevo, Lorde recently performed at Electric Lady Studios, where she recorded her acclaimed album Melodrama, to reimagine and record six songs from the record. Those alternate versions— of “Homemade Dynamite,” “Hard Feelings/Loveless,” “Supercut,” “Sober,” “The Louvre,” and “Writer in the Dark”—were released today. Lorde is a vision in a white, pajama-like dress in the footage from inside the studio, and dances on a rooftop with her backing singers during “Hard Feelings.”

In a behind-the-scenes video, Lorde said, “I don’t really do, like, acoustic sessions or anything, but with this record, it had roots in acoustic instruments and live musicianship.” Watch (and weep) below.