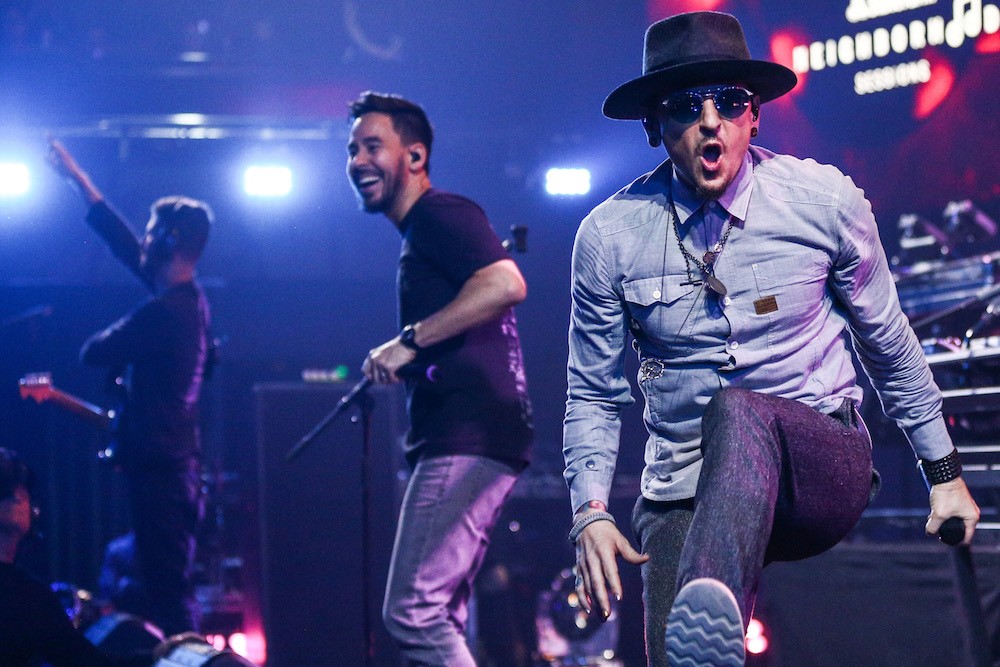 Following the death by suicide of frontman Chester Bennington earlier this month, Linkin Park currently have two albums in the top 10 of the Billboard 200. Their seventh album One More Light, released in May, has been bouncing around the charts for the last eight weeks on the strength of the Kiiara-featuring hit “Heavy,” and now sits at number 4. More remarkably, the band’s 2000 debut Hybrid Theory hit number eight this week, jumping up from last week’s position at number 27. One More Light had 50,000 units with 32,000 traditional copies sold, while Hybrid Theory had 41,000 units and 19,000 copies sold.

Elsewhere on the album charts, as Billboard notes, this week marks the second time this year that the top three spots have been filled by new releases: Lana Del Rey’s Lust for Life at number one, Tyler, the Creator’s Flower Boy at two, and Meek Mill’s Wins and Losses at three. (Last time that happened was February, with Migos, Brantley Gilbert, and Kehlani in the top three spots.)

Read SPIN’s essay on the appeal of Hybrid Theory to suburban adolescents in the early 2000s here.