KMD’s “What a Nigga Know?” Was Ahead of Its Time

Home » Culture » KMD’s “What a Nigga Know?” Was Ahead of Its Time

Earlier this week, DOOM released the latest track in his ongoing The Missing Book of Rhymes series, “True Lightyears.” The catch was that it was billed as the reunion of KMD, the emcee’s old rap troupe. This caused more bemusement than anticipation because, to be frank, there’s not really much to reunite. By the time KMD’s sophomore effort Black Bastards was originally supposed to drop in May of 1994, crewmember Onyx had already left, and DJ Subroc, DOOM’s younger brother, was killed while attempting to cross Long Island’s Expressway.

A broken DOOM, then known as Zev Love X, was dealt another blow soon after: After Billboard‘s Terri Rossi attacked Black Bastards cover—an illustration of a sambo figure hanged by a noose—Elektra panicked and shelved the album and then ultimately KMD itself. But by that point a song called “What a Nigga Know?” (edited to “Niggy” for the radio) was already out as a single and doing well, by DOOM’s account.

The one-two punch that birthed DOOM—the death of his brother and then the shelving of KMD’s album—is one of golden age rap’s great tragedies. While KMD’s debut Mr. Hood was a promising if a bit novel, Black Bastards featured a group on the verge of fully defining themselves away from that conscious, Native Tongues aesthetic. What derailed the group seems minute in retrospect: Sambo figures are being used for pointed political art, actual nooses have been seen outside of churches and schools, and the sample that opens “What a Nigga Know?” is a Gylan Kain screed that recalls pro-Jim Crow Alabama governor George Wallace’s decree: “Segregation now, segregation tomorrow, and segregation forever!” The cry doesn’t feel like a thing of the past when white supremacy dominates the headlines.

“What a Nigga Know?,” Black Bastards‘ best track, feels like a single that fell out of time. Throbbing with a filtered bass groove and a nervy beat, the call-and-response hook is pridefulness underscored by desperation. It’s because of that riff: A high-octave series of repeating bleats, the production carries a claustrophobic nightmarishness. This isn’t to peg Zev Love X and Subroc as clairvoyant, but sounds feel evocative of the “post-racial” twilight zone we find ourselves in. 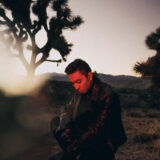 Yet, the two aren’t knuckling up and throwing together political manifestos. “What a Nigga Know?” is a basement cypher that goes down as everything above ground burns, with the social themes showing up in brief cameos (Zev’s “Let the monkey out the zoo”). But cyphers in rap have carried a symbolic significance because it represents things coming in full circle, including history inside of hip-hop and out.