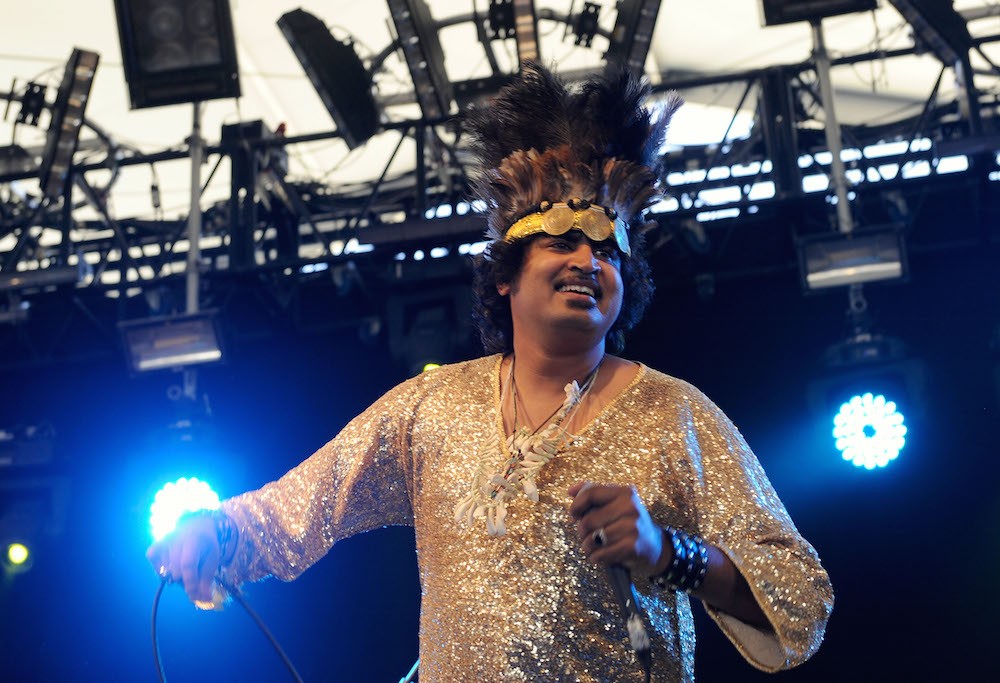 King Khan has announced his debut solo album, Murder Burgers. The album will be out October 13 and will feature the Gris Gris as Khan’s backing band. Khan has also released “It’s a Lie,” the first single from the album. “We made this album in about one week,”Khan said in a statement, according to Pitchfork. “I got the Gris Gris to back me up and do a few shows in all the murder capitals of America. In Chicago we even had Andre Williams come and join us on stage for a song.” Listen to “It’s a Lie” and checkout Murder Burgers’ tracklist below.

King Khan & the Shrines Get Psyched-Out on ‘Born to Die’