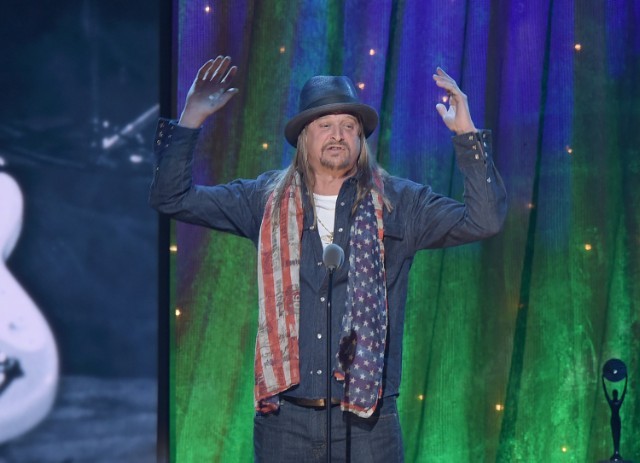 Senate Leadership Fund, a super PAC formed during the 2016 election with backing from Senate Majority Leader Mitch McConnell, has issued a statement basically egging Kid Rock on. “We’d be actually very interested in his candidacy,” Steven Law, the group’s president, said on C-SPAN on Friday. “I certainly wouldn’t count him out…The truth of the matter is that he’s done a lot in his home state philanthropically, he’s a pretty smart guy, he thinks about policy and he’s a shrewd businessman. If you’re watching, Kid, we hope you run.’

According to a poll conducted last month by RealClearPolitics, Kid Rock trailed Democratic incumbent Debbie Stabenow by eight points. Which is “not a bad place to start,” Law says. Sheryl Crow must be rolling in her grave.