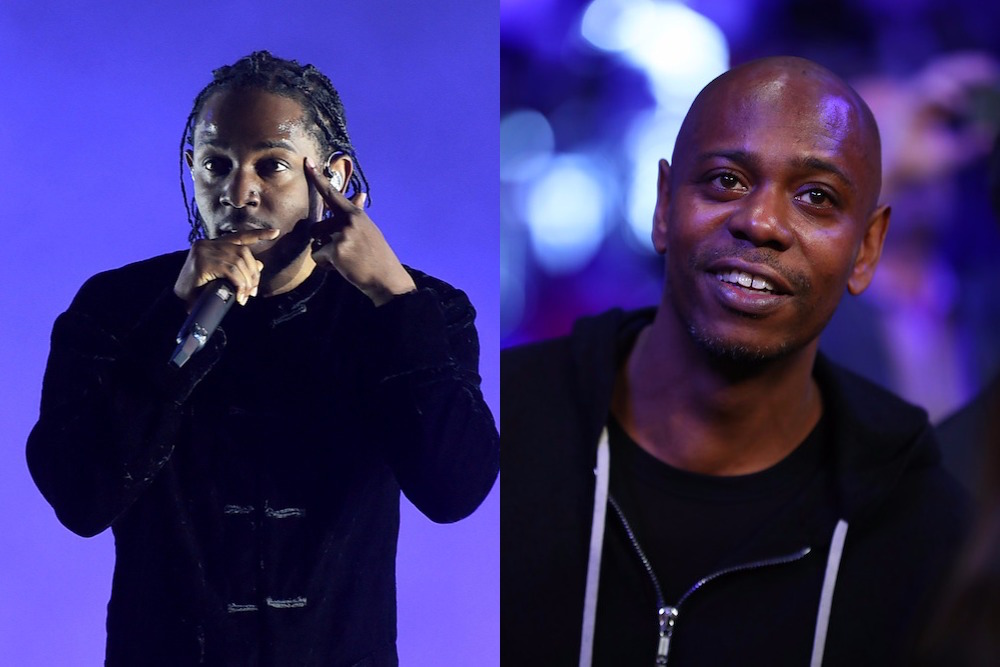 Dave Chappelle’s New York takeover this month has included a meeting with Dylan, Comedy Cellar sightings, and, most importantly, his 16-show residency at Radio City Music Hall. The featured musical performer for his Tuesday show was billed as a “Special Guest” in the weeks leading up. It turns out the guest was none other than Kendrick Lamar, who performed a full set. Previously, Chappelle had interviewed Lamar for last month’s Interview cover story.

Chappelle is known for instituting a strict no cell-phone policy at his shows, so we’re mainly left with excited tweets and a picture of the night’s setlist courtesy of ?uestlove. The list says Lamar opened with “DNA.” and included “untitled 07 | levitate,” a fairly aggressive sequence for a venue like Radio City. Check out the picture below.