Kate Nash gets recognized at the gym, though not for being a pop star. “This massive guy was sweating and working out; I was leaving, and I caught his eye,” she tells me over the phone. “He was like, ‘Oh! I really like you in GLOW!’ And I was like, ‘I just got recognized for being in GLOW by the buffest man in here!’”

Ten years ago, Nash probably wouldn’t have figured she’d eventually be notable for portraying a professional wrestler. Her performance on Netflix’s GLOW, an original series about a fictional ’80s television show centered around female wrestlers, was incongruous with the singer-songwriter image she’d cultivated over the years. More than one music fan might have exclaimed: That’s Kate Nash in the leotard?

2017 has been fruitful in other ways, too: Nash is touring behind the ten-year anniversary of her debut album, Made of Bricks, released when she was just out of her teens. “It’s quite emotional, to be honest with you,” she says. “It’s really special to me that I’m still able to do this, you know.” The industry has changed for her: Though she bounced around labels for her first three LPs, her upcoming album was mostly enabled by Kickstarter. “I’m in a unique position where I have this fanbase, and I don’t necessarily have support from the industry, but I still can be doing stuff like this tour, and being 222% funded on Kickstarter.”

The album will be out next February, and after our interview, it was announced that GLOW is renewed for a second season. “I’ll plan the release depending on what we do with that,” she says. We chatted with Nash about GLOW, Doctor Who, her Made of Bricks anniversary tour, and more. 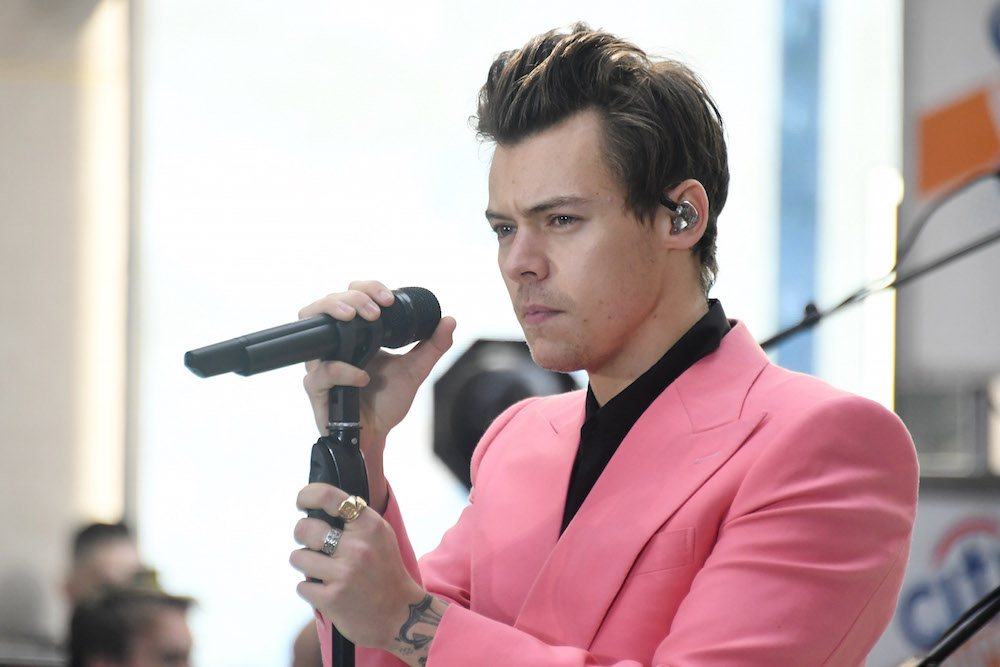 I feel like you’re pretty young to be on an anniversary tour, but Made of Bricks came out a decade ago.

It’s a very nostalgic tour. Going back to these cities and venues that I played ten years ago, playing the songs I haven’t played in a really long time—it’s definitely evoking a lot of memories. But it’s cool. To me, it does feel like ten years has passed; I’ve gone through so much, and I’ve had quite an adventure over the years. People are like, “Ten years, really?” That sounds right to me. I’m happier now than I was then, in terms of where I am. I always felt like an outsider of the industry, and now I feel quite comfortable as an independent artist.

I was just thinking back to when I first heard you, when “Pumpkin Soup” was on Doctor Who back in 2010.

And now Doctor Who is a woman! I feel really good about it. I’m a bit pissed off about the whole pay gap thing. She’s getting paid the same as like, a Dalek. There’s a little bit of change that we’ve made, but also we just have to keep going. But it’s good, I think, now that everyone’s so aware. These things are being spoken about and brought up and addressed.

In an interview with NME, you said the music industry isn’t taking risks. What do you think is missing?

In my experience, it feels like a lot of A&R people who don’t really care about innovation, or what’s cool anymore. They’re just kind of like, “What works?” and “What’s going to be a hit?” and how are they not going to be fired? I’ve literally been in sessions with producers, writing for other people, and they’re like, “We need a song for this artist, and we need it to sound like this song.” They’re literally saying, “Rip off this song that was no. 1 last week,” and that’s just so uninspiring.

There’s all these female solo artists at the moment, and I read an article about how none of them can break through. Now, it’s all about being a featured artist on some kind of DJ/dance track, and then that becomes the song. But nobody knows the female artist—they don’t know her voice, they don’t know what she looks like, her personality, anything. It seems weird that in an age where people can have so much control of the image that is put out, that that’s not correlating with what the industry is doing.

Your upcoming album is entirely funded by Kickstarter.

Doing the Kickstarter felt more right than signing with people that aren’t confident, and just want you to sound like everybody else. It’s almost like you’d have to be crazy to sign a deal in that scenario. I’m not writing off working with a label ever again because I know there’s benefits to it, but at the moment it just felt right to do it independently through Kickstarter.

The main thing I hear from people on labels, is, if they’re on a major label, they don’t get the freedom, and if they’re on an independent they don’t get enough money. It’s just a weird place to be, I think, and I think it’s good for me to take advantage of the unique-ness of my situation.  I’ve had some of these songs for quite a while, so it’s really nice to finally get a way to release them. And then I’m kind of ready to be starting on my fifth album; that’s sort of what I’m thinking about now.

Tell me a little bit about that.

I’ve been really inspired by my roots—my ancestors and Irish history. I’ve been exploring that in the studio, and when I started writing that, it was totally different than anything else I was doing. That’s when I thought, “Oh, I’ve got to release these other songs,” otherwise they just don’t exist. I haven’t released music in a really long time, so that’s quite weird as well.

I’m dying to know: were you a wrestling fan before GLOW?

No, I wasn’t! I had a couple of friends that were very hardcore wrestling fans. They were quite weird—if you know any wrestling fans, they’re all hardcore. They were sort of annoyed with me for even auditioning: “Are you gonna take this seriously? You really need to fucking do the research.” But I did get into it; I watched loads of documentaries, and watched loads of wrestling. Chavo Guerrero Jr. is an absolute legend that comes from a family of wrestling legends, and he taught us how to wrestle. We got introduced to the culture, and I’m just fascinated by it, honestly.

I go to wrestling now! There’s a group called EVE in London. They’re in the underground of the railway in Bethnal Green, and they’re so hardcore and so good. It’s funny because the main thing people say about wrestling is that it’s fake, whereas I found the culture to be one of the most genuine cultures that I’ve ever come across. It reminds me of nerdcore a little bit, and like Comic Con and comic book culture. It’s very innocent and very pure. The fans know everything and they’re really, really clued up, and everyone is welcome.

In music, you go to a record shop, and you can be a bit judged in there. Even at shows with bands, it’s like, if you don’t know all the original stuff, you’re not like, a true fan or whatever. In wrestling and comic book culture, you go in there and you can know nothing, and people are like, “Yeah! This is so cool that you’ve come! We’re just so happy.” They welcome newcomers with more open arms, and I found that really cool. It’s like real life superheroes, in a way.

We did about four and a half weeks training every day, before filming, and then continued to train whilst we were shooting. I’ve never had that kind of physical relationship with my body before, and it’s totally changed my life. The physical and the emotional are really connected. Although we know that, you kind of forget it. Whereas when we’re wrestling, if you took a bad back bump, and you had anything emotional going on, it’s like the emotion is physically beaten out of you. It’s really empowering. Although I got into really good physical shape doing it, how I looked wasn’t my main concern. I wanted to look like a good wrestler, and I wanted to look like I knew what I was doing. Most of girls, we all have body issues. That’s a very female thing, and I think it was a freeing thing to be more focused about trying to get the moves right, than how you looked.

It’s a really fun acting role because you find your character, and then, like you said, your character has to find their character. I had to find a way to be Britannica, but not Kate being Britannica—Rhonda being Britannica. It took a bit of time to get that, but then, when I found it, I really enjoyed being able to be a character through a character. Rhonda, for me, was a really motivating character to play because she’s so positive. She’s totally in the moment, which is quite impossible for me, to live like that. I found it really inspiring.

Were there any specific things you looked to inspiration for, for your character?

I really delved into being from England in the ‘80s, and what that would mean for her, growing up in school. I actually asked fans and people I knew to write accounts of what it was like, ‘cause I wanted to get the generic mundanities of it down. Politically, thinking about Margaret Thatcher in power and what that was like for the working class. I really thought about where she came from, what made her aspire to move to LA and get there on her own, and be living in her car. What was that like? Why was she doing that? She also has this sunny disposition, so I think that carries her through any of her problems and worries.

Your Instagram is fun to stalk because your outfits are so cool. Are they inspired at all by GLOW?

Yeah, a little bit! I was going for the leotard inspiration, and I got used to wearing that. I was like: Let’s do this on stage, it could be fun to have a little visual nod to GLOW. People are going to be discovering me as Rhonda now, which is quite cool, so I wanted them to be able to recognize me, and have one image, ’cause I’ve had a lot of different images over the years. Now I’m sort of going back to my red roots.