J. Cole Speaks Out in Support of Colin Kaepernick at Baltimore Concert 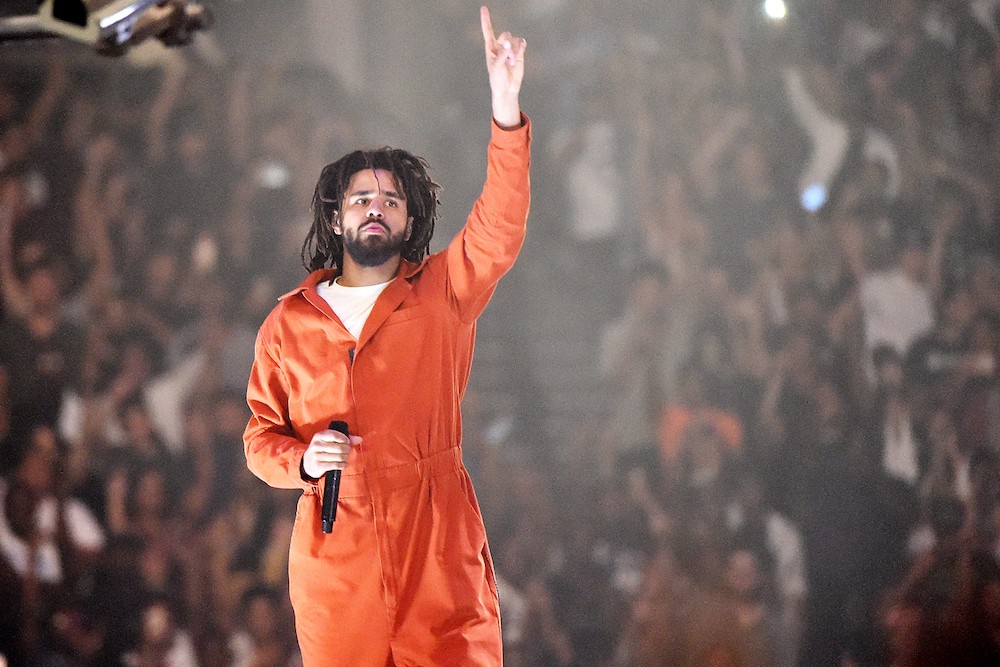 At his 4 Your Eyez Only world tour stop in Baltimore Sunday night, J. Cole paid tribute to quarterback Colin Kaepernick, who—despite superior stats to some current NFL QBs—remains unsigned this year following his protests during the national anthem in the 2016 season. The Baltimore Ravens are the latest team who have expressed interest in Kaepernick but have so far failed to sign him (reportedly at the behest of team owner, Steve Bisciotti).

“Baltimore, the type of shit that’s happening here, don’t you think somebody should risk they’re whole livelihood and their whole life to talk about this shit? Even if it cost them they money, they job, they life? Don’t that sound like Colin Kaepernick? Don’t that sound like what he doing? And he trying to come to Baltimore, the city that seems to need that shit for real,” Cole told the crowd, according to Billboard.

Kaepernick also shared photos of the two meeting to his Twitter account on Monday. “Great to see my Brother @JColeNC I appreciate you not just talking about helping the people, but actually going out and doing the work!” he wrote.

Great to see my Brother @JColeNC I appreciate you not just talking about helping the people, but actually going out and doing the work! pic.twitter.com/CXDvC8Rykp