Gucci Mane hit the main stage just after 6 p.m. Saturday (Aug. 19) at the Billboard Hot 100 Festival riding off a DJ set that delivered cuts from Migos, 21 Savage, Lil Uzi Vert and, most significantly, “Classical (Intro),” off his 2009 major-label debut, The State Vs. Radric Davis. And when he arrived he came out firing, starting out — appropriately for the crowd in front of him — with his two recent Drake collaborations, “Both” and “Back on Road.”

Wearing a white print shirt over khaki shorts with a hilarious winter beanie cap and a messenger bag slung over his shoulder, he largely stuck to his recent songs — both his own and ones on which he’s prominently featured — and the bigger hits from his mid-to-late-2000s catalog. “I Think I Love Her” and “I Don’t Love Her” were early ironic juxtapositions, while “Bricks” was arguably as deep a cut as he went.

He got a bit of a late start — letting the aforementioned DJ set cover the first 15 minutes of his allotted time — but it didn’t come at the expense of his run time, as Gucci barely let a breath squeeze in between each track, moving seamlessly on to the next each time. “Lemonade,” maybe his most iconic song to date, was delivered with his newly-patented smile — is there an artist today as completely pleased with life as he is? — and his early track “Freaky Girl,” an interpolation of Rick James‘ “Superfreak,” was another sly inclusion (as was the ever-memeable “I Might Be”).

But the crowd, which skewed much younger than what would be his normal audience, popped when he went back into the cuts that have landed him most recently on the Hot 100 chart. “Black Beatles,” the Rae Sremmurd hit that became the first No. 1 single for both that duo and for Gucci himself, got the kids jumping, while the 2 Chainz cut “Good Drank,” which features Gucci and Quavo, and Migos’ “Slippery” were both extremely well received. 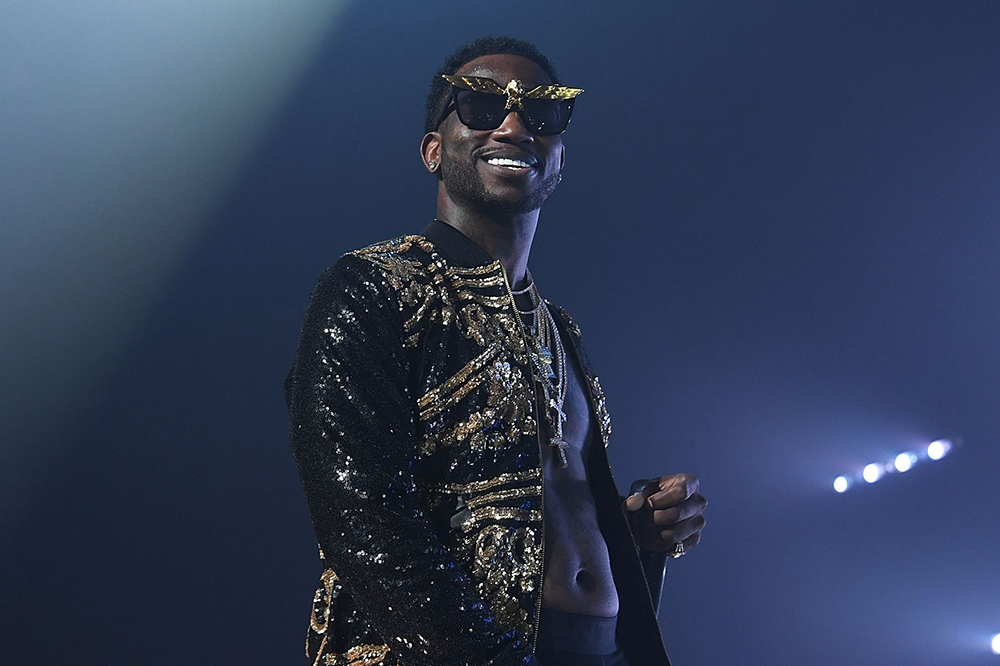 But Gucci has had a long, largely fruitful career, and when he ripped into “Wasted” he seemed to be having the most fun of his set. The song, released probably well before much of the crowd was aware of him, is so catchy that the crowd gravitated toward it instantly. And his set-closer, delivered a little earlier than he had to, was “I’m Back Bitch,” a final, unequivocal statement. It’s been over a year since Gucci returned from his court-mandated exile, but he’s having more fun, and delivering better sets, each day.