For Jerry Garcia’s Birthday, Hear an Unreleased 1989 Version of the Grateful Dead’s “Touch of Grey” 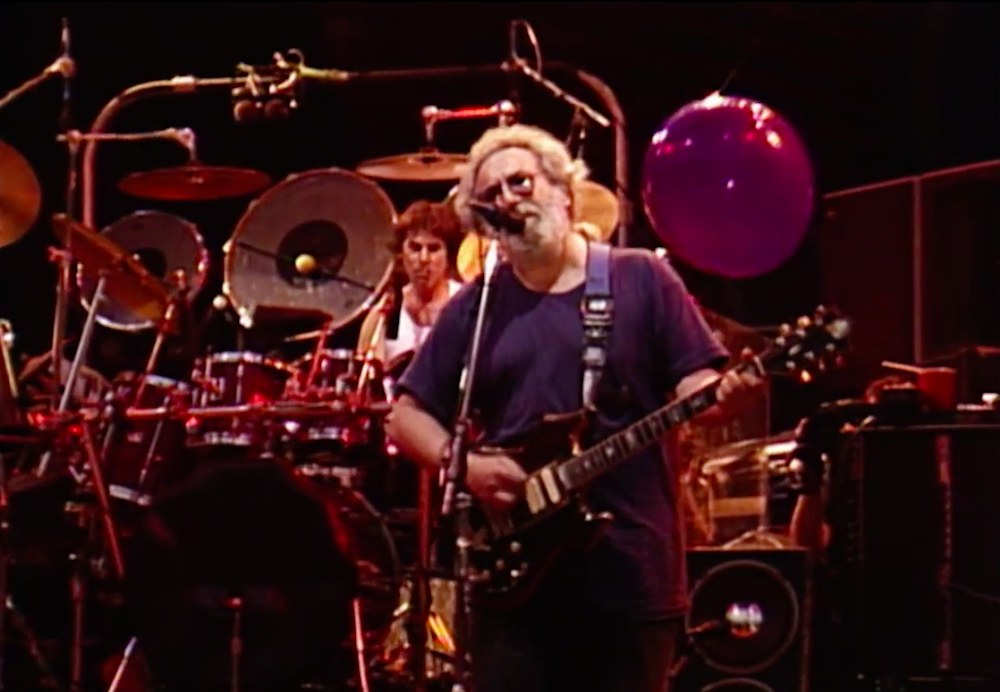 Jerry Garcia would have been 75 years old today. To celebrate, the surviving members of the Grateful Dead are holding their seventh annual “Meet-Up at the Movies” event, which will feature a 1989 Dead concert played in its entirety at theaters across the country. The July 12th, 1989 show at Washington, D.C.’s, RFK Stadium opened with a tight and playful version of their megahit “Touch of Grey,” with Jerry and keyboardist Brent Mydland dodging some birthday-appropriate balloons that were evidently tossed onstage by fans.

In November, the Dead are also officially releasing the 7/12/89 show as part of a six-disc box set, together with another concert at RFK from the following night. As with almost every concert the band ever played, you can already hear these shows if you want via audience-made tapes available on Archive.org. But the official versions, with 24 tracks of audio taken from the soundboard and a professional mixing and mastering job, will probably sound better than the bootlegs. You can watch the “Touch of Grey” performance below, courtesy of Rolling Stone.