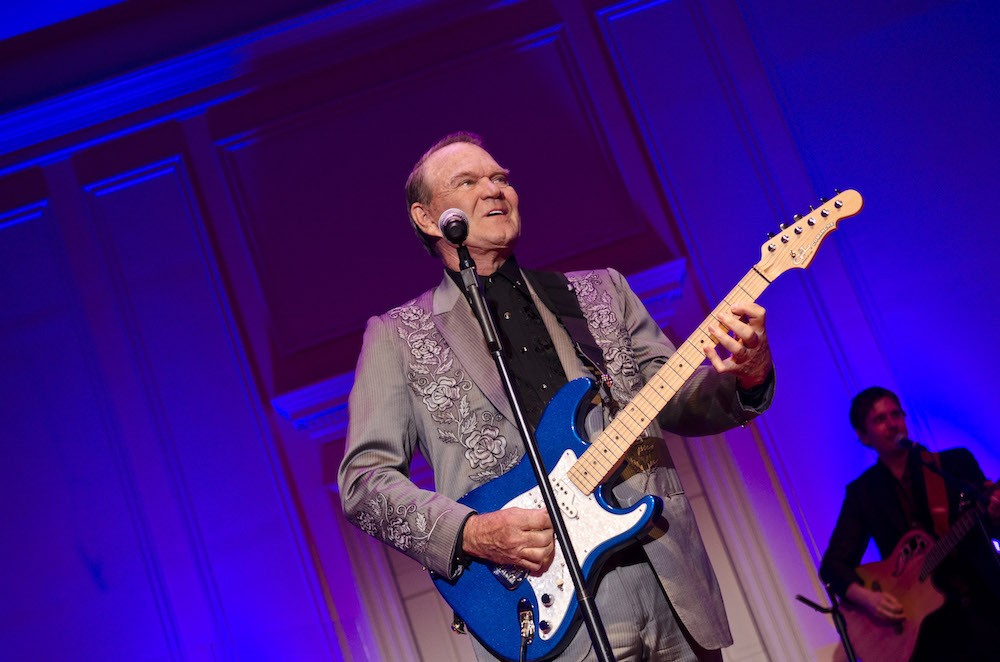 Heartbroken. I owe him everything I am, and everything I ever will be. He will be remembered so well and with so much love. pic.twitter.com/1Z8mm8Jzth

Over a career that spanned six decades, Campbell released dozens of hits and sold more than 45 million records. At the height of his fame, in 1968, he outsold the Beatles, as Rolling Stone notes. He also hosted The Glen Campbell Goodtime Hour from 1969 until 1972, and temporarily replaced Brian Wilson during the Beach Boys’ 1964 tour. He was inducted in the Country Music Hall of Fame in 2005.

Born in 1936 in Billstown, Arkansas, Campbell was married four times and had five sons and three daughters. He released his final album of original material, Ghost on the Canvas (which featured Billy Corgan, Jakob Dylan, Paul Westerberg, the Dandy Warhols, and others), in 2011, shortly after revealing his Alzheimer’s diagnosis. Adios, an album of covers, was released earlier this year.

Read our 2008 interview with Campbell here.