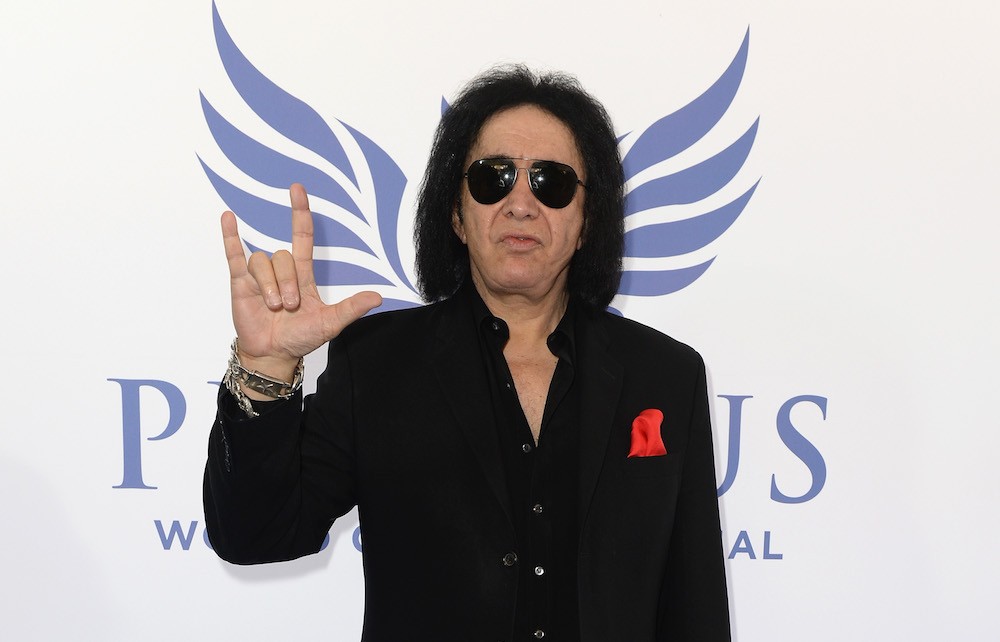 KISS frontman and possible bovine absentee father Gene Simmons was widely ridiculed for a recent attempt to trademark the heavy metal devil horn hands. (Really, Simmons’ version of the hands, with its extended thumbs, has more to do with Spider-Man and sign language than it does with pummeling riffs and guitar solos, but that’s another story.) Wendy Dio, widow of metal godhead Ronnie James Dio, summed up the reaction to Simmons’ attempt to capitalize on a symbol that clearly belongs to the culture: “To try to make money off of something like this is disgusting.” Besides, Simmons didn’t even popularize the hands–Dio did.

Now, as NME notes, Simmons has made his first public remarks since aborting his trademark attempt, in an interview with the Windsor Star. To say he’s unrepentant would not cover the half of it:

“I regret nothing. Wake up every morning and let your conscience be your guide.”

“Did you know I own the money bag logo? The dollar sign with the bag of money. I own all kinds of things. I own ‘motion pictures’ as a trademark. Anyone who thinks that’s silly — the silliest thing I’ve ever done is wear more makeup and higher heels than your mommy.”

It’s true that, for whatever reason, Gene Simmons has a trademark on one particular clip art-style image of a bag with a money sign on it. But it seems like a stretch to say he “[owns] the money bag logo.” The U.S. Patent and Trademark Office’s website is a little arcane, but if you conduct an advanced search for the numerical design codes for “dollar symbol” (24.17.03) and “Bags, Laundry; Laundry bags; Money bags; Sachet bags; Tea bag” (19.07.13), you’ll turn up dozens of trademarks on similar money bag images. He also owns several trademarks involving the word “motion,” but I can’t find anything about “motion pictures” specifically.

As for his claim that “bitch, [he] can” trademark the devil horn hands–well then, why hasn’t he done it yet?