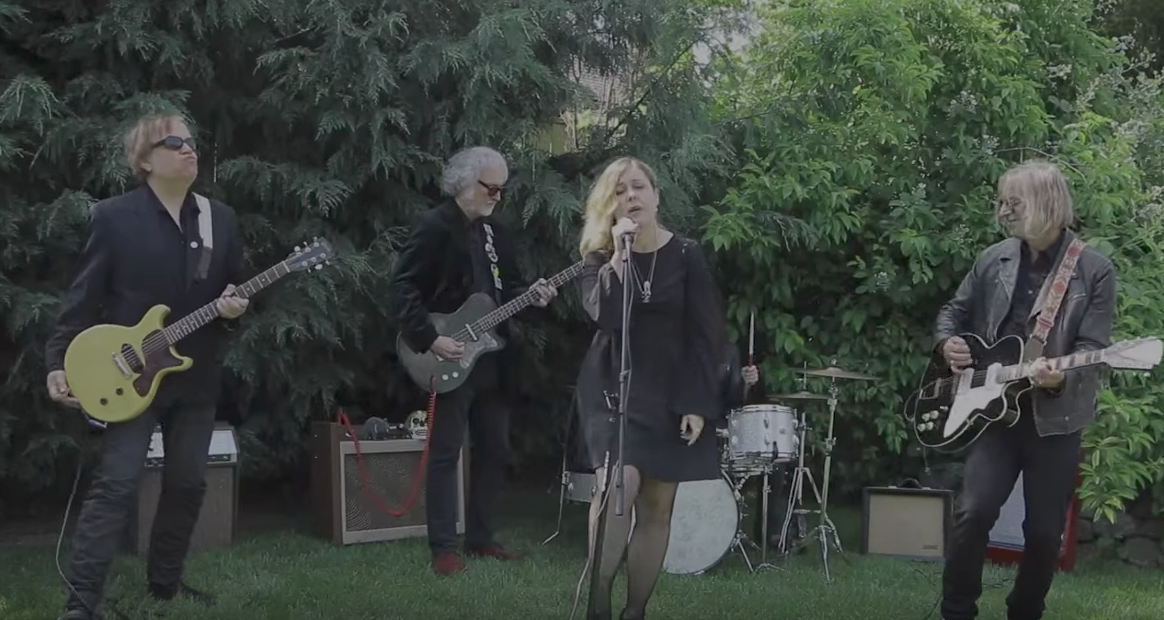 Filthy Friends are a supergroup headed up by Corin Tucker from Sleater-Kinney, and featuring Peter Buck from R.E.M. and respected Pacific-Northwest-based players Scott McCaughey, Bill Rieflin (who also drums for King Crimson), and Kurt Bloch. They’ve just released a new, Portland-shot video for their song “Despierta,” which was originally released via the anti-Trump 30 Days, 30 Songs project last year, but will also be included on the group’s debut album Invitation, due out August 25 on Kill Rock Stars. The group also released “The Arrival” and “Any Kind of Crowd” earlier this year. Watch the charming low-budget clip for “Despierta,” in which a group of fans misses a concert the band is playing in someone’s backyard, below via Pitchfork.