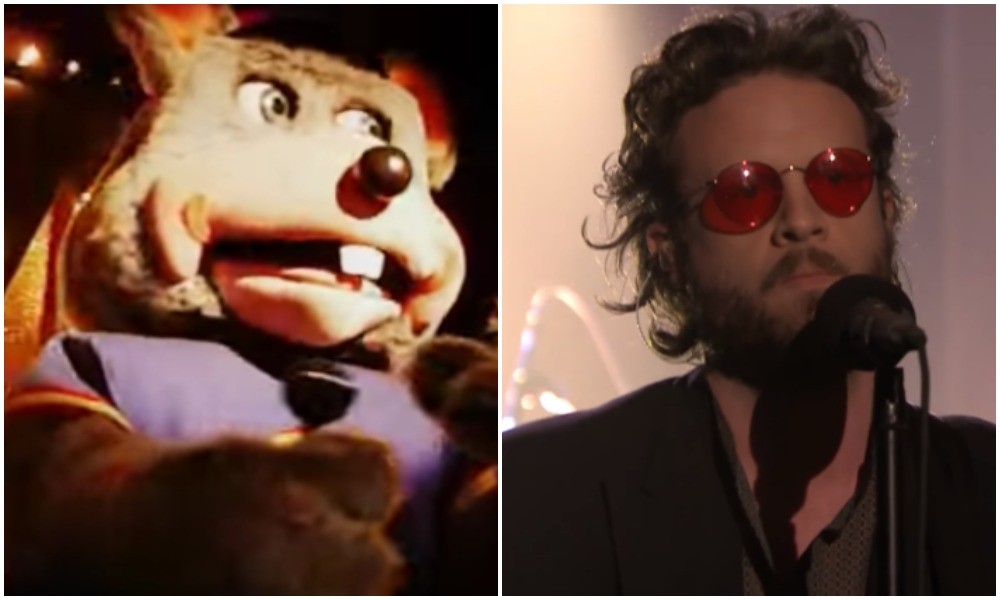 On Thursday, news broke that beloved pizza chain Chuck E. Cheese plans to phase out its horrifying, psyche-scarring animatronic band, sending shockwaves throughout the music world. Father John Misty was disturbed enough by break-up that he felt compelled to post a eulogy for the the freakishly large robot rodent musicians to Facebook, though it appears he confused the group’s fate with that of the chain’s eponymous mascot and the band’s de facto leader, Chuck E. Cheese, who–as far as we know–will continue to make solo appearances at the restaurants. “I typically don’t eulogize over social media, but the shock and sadness I feel over losing this artist compelled me to humbly offer a few words in remembrance,” Josh Tillman wrote.

Tillman went on to compare Cheese to Frank Sinatra. “Chuck was an interpreter,” he wrote. “He didn’t write much, outside of his seminal ‘Happy Birthday’ but neither did Frank fucking Sinatra. Like Sinatra, Chuck wasn’t ‘the best. But he had a style, and style cannot be taught; something we tend to forget in this era of manufactured pop stars.”

The eulogy also mentions superproducer Max Martin and neoliberalism, and argues that Cheese—who made his debut when the chain opened in 1977—“presag[ed] the alternative currencies that we’d see 30 years later.”

Read the full eulogy below.