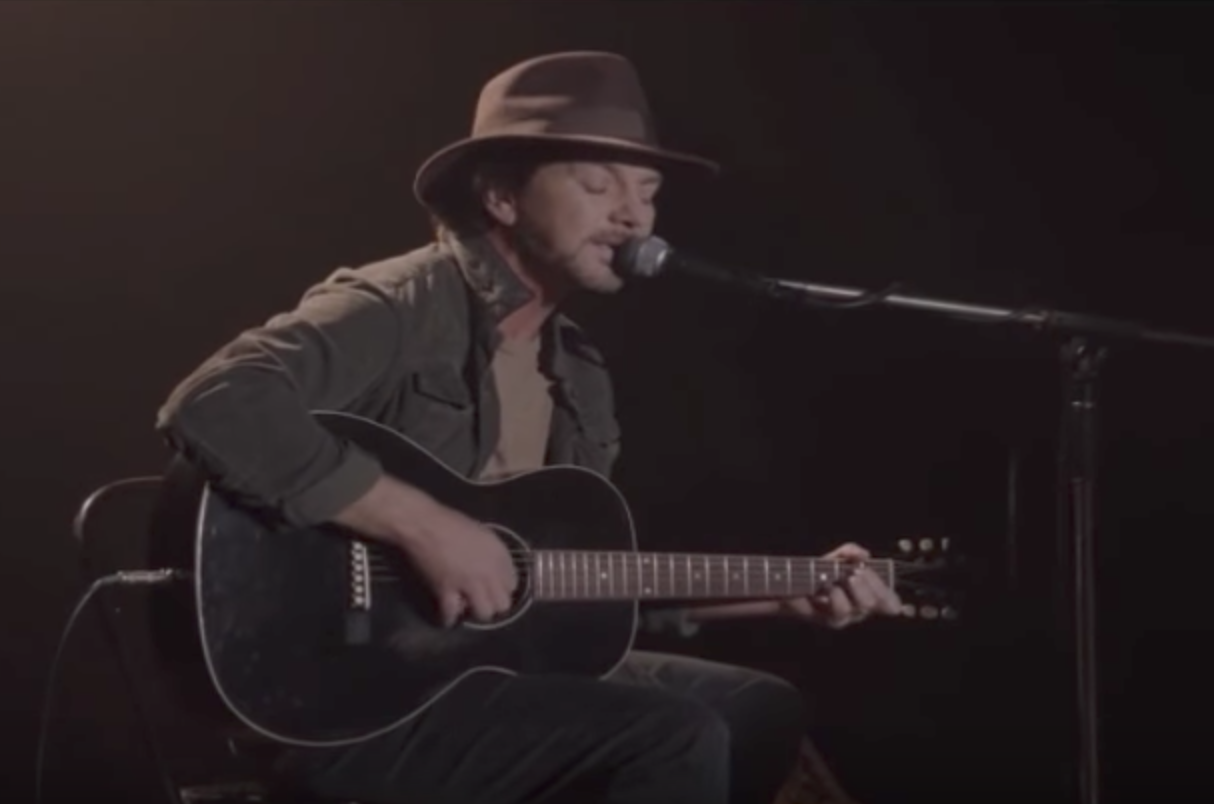 When the Roadhouse announcer announced “Edward Louis Severson,” it took either prodigious ’90s-music fandom to remember that name or a few moments of squinting to recognize the musical guest on last night’s Twin Peaks as Eddie Vedder. Lynch’s choice to introduce the Pearl Jam singer by his birth name and with a wide-brimmed fedora shading his face made Vedder feel like a character in the world of the show a bit more than the average celebrity performer on the series. He ran through an unaccompanied acoustic performance of a song called “Out of Sand”–a recent live favorite that has only been released as a limited-edition 7″ on Third Man Records–as Audrey Horne and Charlie moved through the Roadhouse and settled down with a gin martini.

Unlike the average Twin Peaks musical performance (Nine Inch Nails’ was another major exception to the rule), Vedder’s performance was shown in full during the body of the episode, and did not provide a backdrop for the credits. Instead, it formed a prelude for a far-stranger musical performance involving Audrey and a jazz combo.  Regardless, here’s Vedder, aka Severson, playing “Out of Sand.” Watch the full episode over at Hulu.