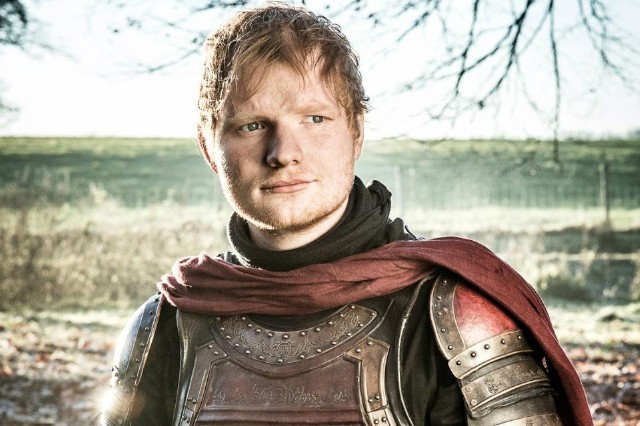 Tough guy Ed Sheeran had a cameo as singing Lannister soldier in the season seven premiere of Game of Thrones last month, inspiring a… mixed reaction. But following Sunday night’s fiery massacre of a Lannister battalion, speculation mounted that perhaps the “Shape of You” singer died a gruesome death at the hands of Daenerys Targaryen’s dragon or her Dothraki horde. To find out, Mashable tracked down Matt Shakman, the most recent episode’s director and one of the few people who might definitively know the fate of Sheeran’s character.

“I did not meet Ed Sheeran,” he said. “The idea behind the question is an interesting one and I think the earlier scene that was so great with Arya meeting those Lannister soldiers, where we humanize what those Lannisters are like, that they’re generous with her, only helps this sequence because it helps you feel for the men who are shaking in terror as their death is upon them.”

Shakman went on to say Sheeran and the rest of his merry crew were likely elsewhere in the Seven Kingdoms at the time of the battle. “I don’t think literally those soldiers were there,” he said.

So there you have it: Ed lives, probably.

UPDATE 4/15: It looks like Ed survived but was severely burned, if you believe his character on the show was named “Eddie.” From Billboard:

In the season opener for the final run of GoT episodes Jerome Flynn’s Bronn is interrupted mid-foursome at a brothel, leading to a discussion of the bloody battle between the Targaryen and Lannister forces that included Daenerys’ dragons blasting fire across the battlefield. “That boy Eddie?” one woman said as the prostitutes lamented the fallen soldiers. “The ginger?” another replied. “Came back with his face burned right off. He’s got no eyelids now,” she said. “How do you sleep with no eyelids?”