Deerhoof – “Come Down Here And Say That” ft. Lætitia Sadier

Ahead of the release of their new album Mountain Moves next month, Deerhoof have dropped the third single, “Come Down Here And Say That,” a bright and rhythmic cut featuring guest vocals from kindred spirit and Stereolab frontwoman Lætitia Sadier. The song takes its title from one of Bob Dylan’s famous rejoinders to jeering fans on his 1965-1966 tour, which saw him playing with a rock band for the first time. Drummer Greg Saunier explained the multivalent meaning in an interview with She Shreds, which premiered the tune:

“Dylan was centering the young and leaving the folk purists in the dust,” Saunier says. “Now the baby boomers he sang to have gone from being radical role models to being the generation that put Trump in office. The numbers say that the young and the poor are trying to save the world for everyone, and the boomers and the powerful are saying ‘you are dreaming.’ Of course they say it from a safe, elitist, corporate-sponsored, media-produced distance, so we wanted to say, ‘come down here and say that to our faces.’”

Hear “Come Down Here And Say That” below. I wonder whether they ever talked about calling it “Play It Fucking Loud” instead.

Previously, Deerhoof released “I Will Spite Survive,” featuring Jenn Wasner of Wye Oak, and “Your Dystopic Creation Doesn’t Fear You,” featuring Awkwafina. Mountain Moves is out September 8 via Joyful Noise. 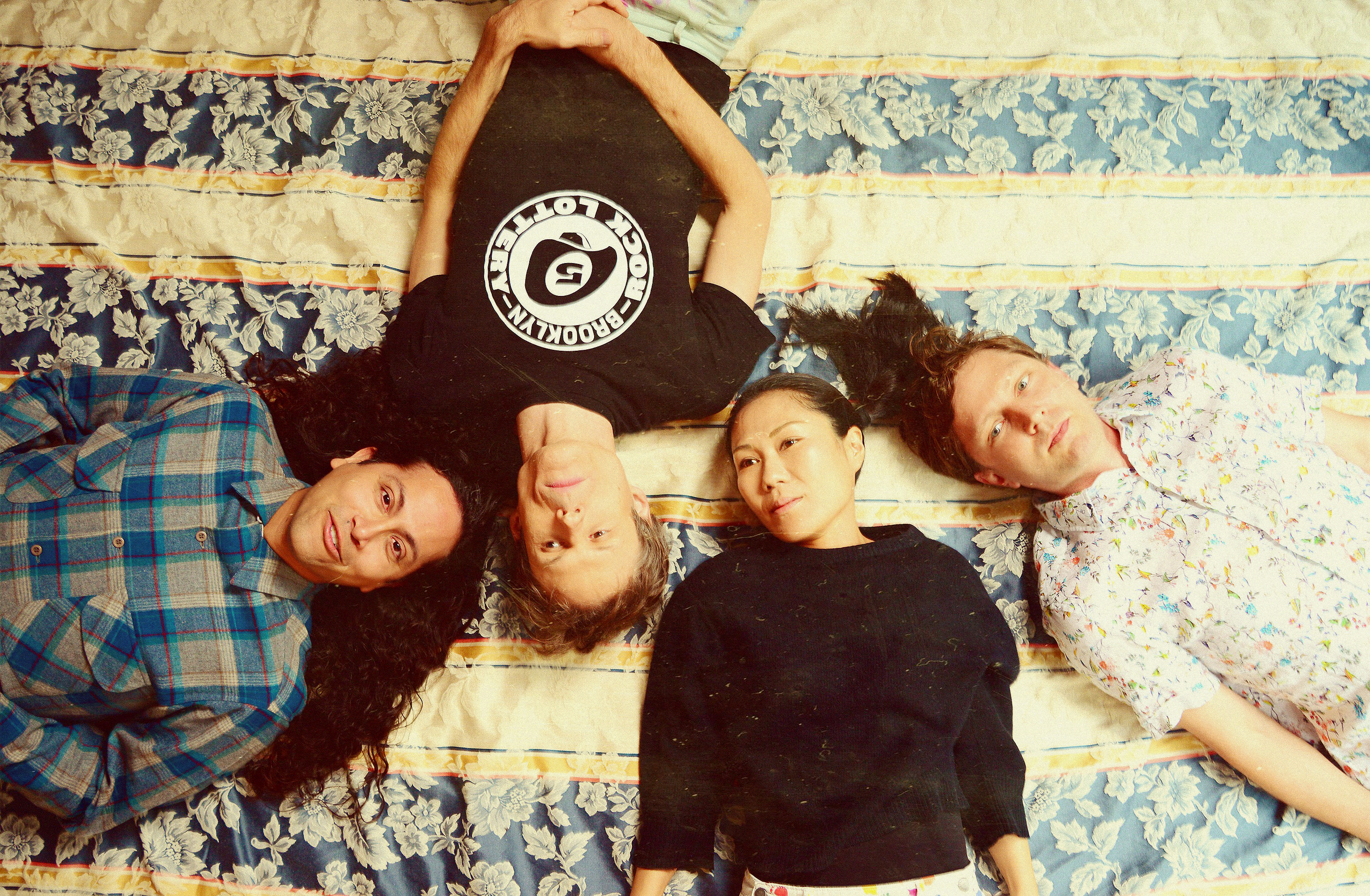