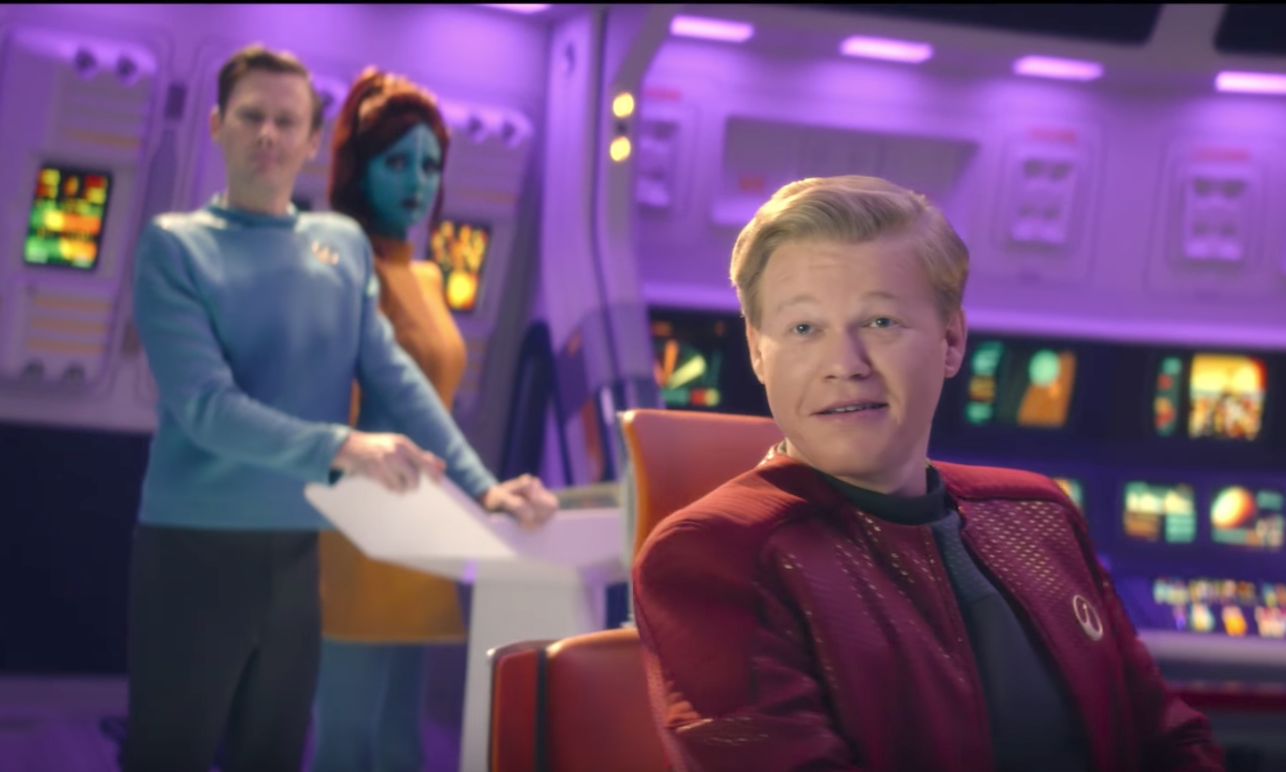 Dystopian anthology series Black Mirror’s ambitious six-part third season premiered this past October, and today, Netflix has premiered a new teaser featuring clips from each of the fourth season’s six episodes. The streaming service also released a formal list with the primary cast members involved in each. Some notable participants: Rosemary DeWitt, Fargo/Breaking Bad/Friday Night Lights star Jesse Plemons (dressed up as pseudo-Captain-Kirk in this trailer), Westworld and House of Cards’ Jimmi Simpson, and Fargo and The Wolf of Wall Street’s Cristin Milioti. Jodie Foster directs an episode as well.

Series creator Charlie Brooker wrote every episode of the season, except for “USS Callister,” which he co-penned with William Bridges. No word on a release date for the season yet, but Variety reports it’s expected to be out before the end of the year. Watch the action-packed teaser below.