Home » New Music » Today, Bandcamp Is Donating Its Profits to the Transgender Law Center. Here’s What You Should Buy.

Today, Bandcamp is donating their share of each purchase made on the music site to the Transgender Law Center. The announcement follows a series of tweets made by Donald Trump last week outlining his plan to “ban” transgender individuals from serving in the military, as well as his recent nomination of Sam Brownback—a vocal opponent of gay rights as the governor of Kansas—to serve as an ambassador for religious freedom internationally.

In February, Bandcamp responded to Trump’s “travel ban” with an open letter from their founder and CEO, which announced that all proceeds of the day would be donated to the ACLU to help cover the legal defense fees of the many immigrant populations effected by the ban. The fundraiser was a resounding success, raising over a million dollars in total music sales, 12% of which went directly from Bandcamp to the ACLU, with the other 88% going directly to labels and artists, many of whom also pledged their profits to various causes as well.

Today, over 200 independent artists and labels pledging their support by donating their own contributions. In the spirit of their philanthropy, here are a few of our favorite releases from the site in recent months. 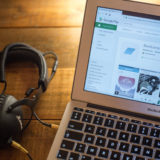 As Palehound, Ellen Kempner turns decades of grief into an outpouring of cathartic release. Channeling the death of a close friend into tangled lines that hit hard in their final moments, songs like “Carnations” and “If You Met Her” strike anyone who’s ever been caught in the bind between moving on and forgetting. On this year’s Polyvinyl debut A Place I’ll Always Go, Kempner is joined by stunning production, finally turning small confessions into something huge.

As a four-piece, Aye Nako have always made compelling punk that’s as ragged and ruthless as it is emotionally complex. From its dense arrangements to its sloppy, sappy center, Silver Haze collapses a whirlwind of feeling into 12 imagistic composites of outrage, frustration, and self-doubt, melded together in a thick mess of gorgeous melodic catharsis. Cuts like “Half Dome” and “Particle Mace” split the difference between racing tempos of Daydream Nation-era Sonic Youth and the strident tunings of Sleater-Kinney classics.

Florist – If Blue Could Be Happiness

With an increasing profile in Brooklyn’s DIY scene, Florists‘ Emily Sprague has made the shift from songwriting intimacy to something more somber and atmospheric. With last year’s The Birds Outside Sang, the musician paired minimal electronics with the project’s expert songwriting, building to new heights in rich, tight-knit intimacy. One track into the grand rollout of their upcoming album If Blue Could Be Happiness, Florist again proves they’re onto something brilliant, overflowing, and warm.
Vektroid – Nextcentury

As much as vaporwave has taken on a life of its own at the hands of the alt-right, it’s worth remembering that the movement was originally founded by a trans woman. Across a variety of names like PrismCorp Virtual Enterprises, New Dreams Ltd., and of course Macintosh Plus, Vektroid’s Ramona Xavier has shown a generation of electronic fans jarring new possibilities with the sampler. On Peace Forever Eternal, Xavier flips dreamy ambience and moody weather channel muzak into something newly meditative, like channel surfing for the Netflix generation or a radio scrobble through the deepest depths of YouTube chill-out mixes.

It’s hard to talk about Bandcamp without mentioning the wealth of brilliant releases under the broad, perhaps bland blanket descriptor of ‘bedroom pop,’ but Boston’s Bedbug stands out as one of the more earnest, heartfelt releases in recent memory. Channeling Sam Ray’s intimate Casio-pop productions as Julia Brown and Ricky Eat Acid, the songwriter lays bare the frustrating realities of fading relationships as they string together track after track of shimmering lo-fi bliss. Packed with gorgeous melodies and wrapped in cassette-deck warmth, If I Got Smaller Grew Wings and Flew Away For Good has all the makings of a major record in a style forever reliant on small statements.

With Antony and the Johnsons, ANOHNI always had a voice bigger than Brooklyn indie rock would allow. Soft and angelic with a haunting, atmospheric edge, her vocals made for some of the 21st century’s most chilling releases. But with the shift to her solo material as ANOHNI, a dark and menacing commentary came to dominate a mix flooded with war-like electronics, and on Paradise, the songwriter assembled her harshest sounds yet on an EP that wasn’t afraid to speak out.

As Adult Mom, Steph Knipe finds strength in small observations. Across countless solo releases and the increasing presence of their four-piece Brooklyn band, Knipe has turned wry comments into scathing critiques of emotional abuse. Soft Spots, their latest release from Tiny Engines, crafts something flush and memorable from a universe of indifference.

Bandcamp beatsmiths are a dime a dozen, but Sha Shakusky splits the difference between downtempo boom-bap and a slurred sluggish trap with a sampler expertise like no other. Following the gorgeous 25-track R.I.P Ma&Pa’s last year, *Closed For Construction* offered four Dilla-esque deep cuts of warm soul and lush Ethiopian free jazz.

Charlie Pfaff’s songwriting strikes a balance between thoughtful lyricism and a restless spirit of adventure. As Tall Friend, the Philadelphian has been in love and been afraid, confronting a spectrum of freewheeling feelings with an honesty that feels rare for a band this young. Tawl Friend tackles the tricky difficulties of the everyday with a sharp acuity and clarity of intent many musicians still only dream of.