Police in Rotterdam, the Netherlands have canceled a concert by California psych-rock band Allah-Las “in connection with a terror threat,” concert venue Maassilo wrote on Twitter. 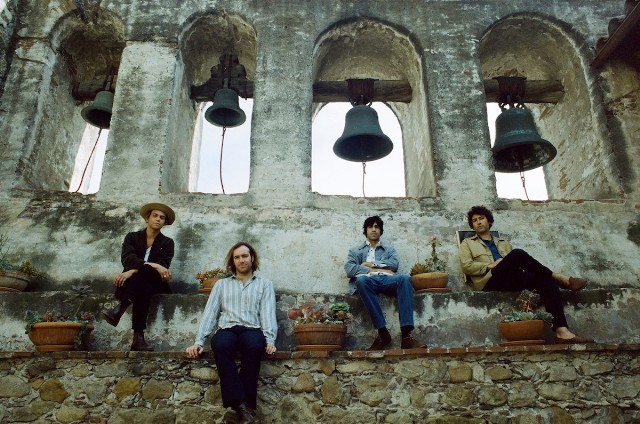 “Police took this information seriously enough that after discussion with organizers it was decided to cancel the event,” Rotterdam police said in a statement (via the Associated Press). The cancellation was announced shortly before the show was set to begin.

Authorities also said they found a van containing “gas bottles” near the venue, according to the AP and the Brussels-based newspaper De Morgan. Photos on social media show officers and police vans outside Maassilo, which operates in a converted grain silo.

In the wake of the scare, the AP and other outlets have drawn attention to Allah-Las’ band name, which incorporates the Arabic word for God. The band chose the name because they wanted something “holy sounding,” they told the Guardian last year. “We get emails from Muslims, here in the US and around the world, saying they’re offended, but that absolutely wasn’t our intention,” singer Miles Michaud said. “We email back and explain why we chose the name and mainly they understand.”

Allah-Las formed in Los Angeles in 2008. They’re currently on a short European tour. Also today, the band announced Covers #1, the first in a series of cover song EPs for Mexican Summer.

Due to a potential terror threat at The Maassilo in Rotterdam, the Allah-Las show was cancelled tonight.

Details are not available at this time as the incident is still under investigation. The band is unharmed and are very grateful to the Rotterdam Police and other responsible agencies for detecting the potential threat before anyone was hurt.

We are unable to comment any further at this time.