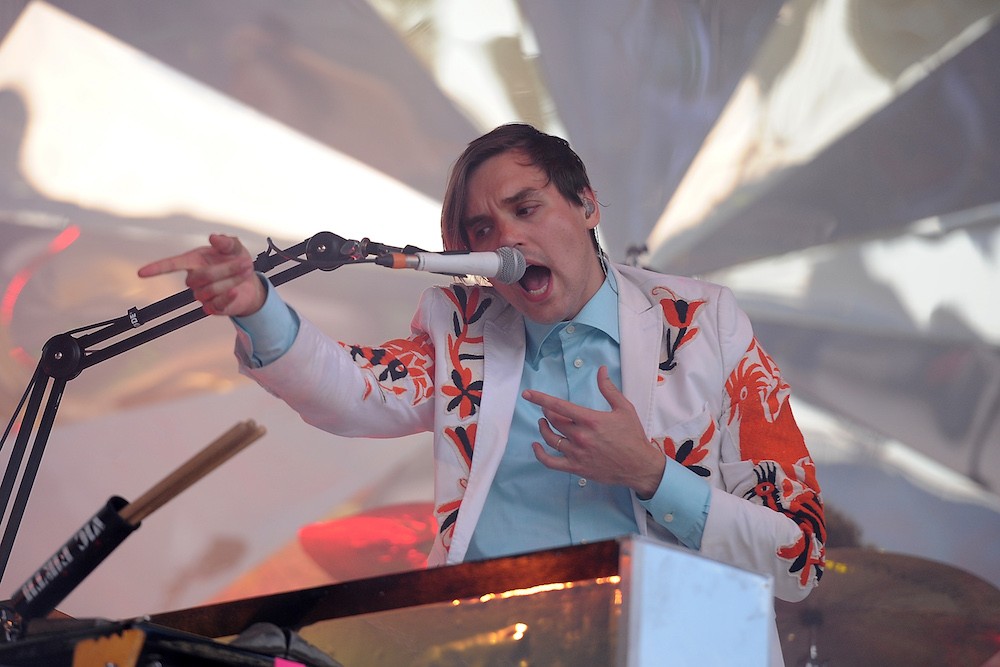 Although Arcade Fire has an album that’s coming in a couple of weeks, Will Butler still found time to release a new solo song. The keyboardist dropped the appropriately titled “Anything You Want / 4 July 17? late on Independence Day. Butler said the song, which features elements of Roy Orbison’s 1989 song, “You Got It,” wasn’t “written for the 4th of July, but it feels appropriate.” Instead of a celebration, the rickety piano ballad contends with the dark nature of the States’ history. Listen below. Arcade Fire’s Everything Now is due July 28.

It’s about George Washington, and my family, and America. It wasn’t written for the 4th of July, but it feels appropriate.