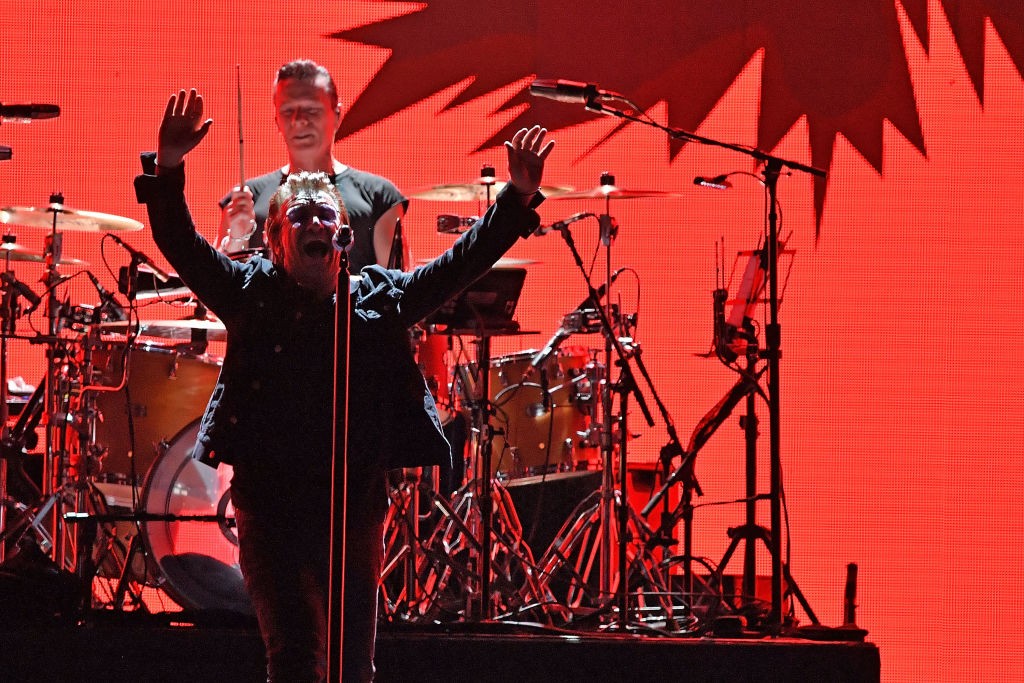 Continuing their 30th anniversary world tour of their landmark album The Joshua Tree, U2 made it to London last night, July 8. The band brought out none other than Noel Gallagher to render a full-scale performance of the Oasis cut “Don’t Look Back in Anger.” Noel is joining U2 in the opening slot, on a spate of European Joshua Tree dates, and he’s stoked on the vittles.

“May you take this somewhere else, somewhere in the UK,” Bono introduced the song. Since an impromptu singalong rally in Manchester, following a tragic suicide bombing at an Ariana Grande concert, “Don’t Look Back in Anger” has been a rallying cry of hope. Bono and Noel dedicated the song to the people of Manchester. Watch the video below.

Of course, the other Gallagher is not bitter whatsoever about “Bingo and his naff band” doing the Oasis hit without him—he’s got his own solo record, As You Were, imminent. He played the single at Grande’s benefit concert following the Manchester attack. At that concert, Coldplay did their own version of “Don’t Look Back in Anger.”