Usher Is the Latest Guest on Carpool Karaoke 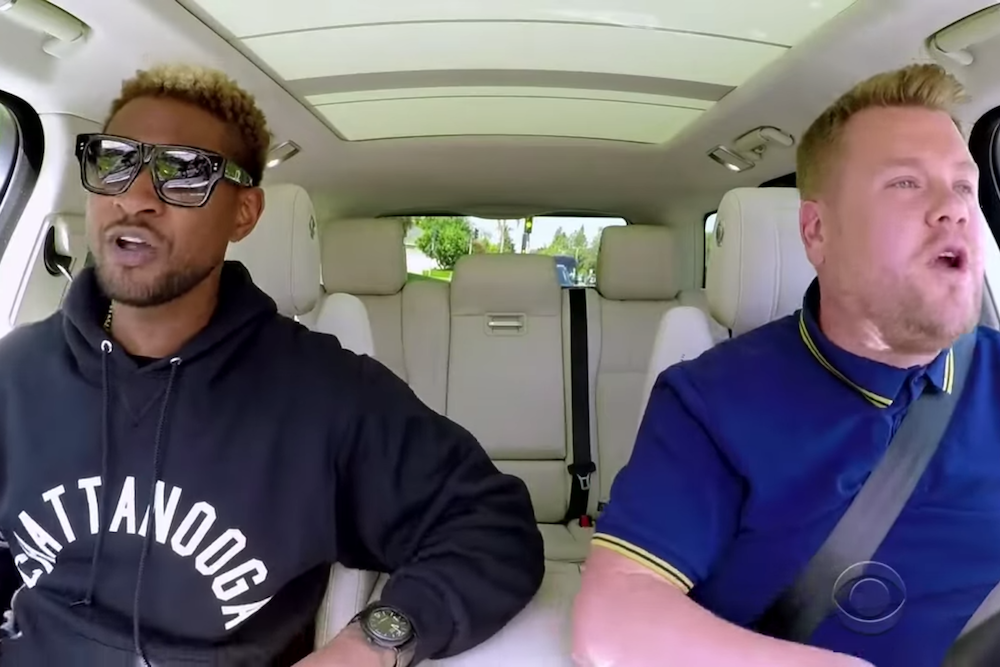 For the latest edition of Carpool Karaoke, James Corden was able to cajole Usher into riding in a car with him and sing along to some of his classics. The legend—who’s being sued for $20 million for allegedly giving a woman herpes, according to TMZ—spent the segment running through “Yeah,” “Burn,” “Caught Up,” and “OMG.” The two also make a brief pit stop so Usher could teach the Late Late Show host how to dance, inviting a pretty funny quip (“You look like a cartoon cat”). Later, they end up helping strangers push their car. Watch the fast buddies’ endeavors below.