Part 9 of Twin Peaks: The Return, which aired last night, felt like a return to normal plot movement after the lyrical abstraction of the previous week’s episode. For a season that will end up being 18 full hours long, Part 9 squeezed in a lot of information into short conversations between characters.

In one such cconversation, the FBI task force comprised of Gordon Cole (played by creator David Lynch himself), Alfred Rosenfeld (Miguel Ferrer) and Tammy Preston (Chrysta Bell) learn that murder suspect William Hastings (Matthew Lillard) has been maintaining a “strange little blog” called “The Search for the Zone,” which chronicles his attempts to travel through time and access other dimensions. He’s made these attempts along with Ruth Davenport, his lover and the town librarian; Hastings claims that they journeyed with him to some Great Beyond, which they met Major Garland Briggs. (Eventually, Briggs’ headless corpse ended up, along with Davenport’s body, in a grubby apartment.)

Following the episode, news circulated around the Internet that Twin Peaks had actually mounted a version of Hastings’ blog, and it was a pretty complex creation. Fashioned in the model of a late-’90s, boilerplate Geocities/Yahoo/Angelfire personal website, the largely-unadvertised thesearchforthezone.com comes complete with dated promotional buttons, a ticker, and Clip Art-style animation. You can click through to read articles and essays relating to time travel, theories of parallel universes, and sci-fi author Robert Heinlein (As you might expect from a site that’s supposed to be made in 1997, some of the links are broken).

You can also try to sign a guestbook, which features a selection of typically loony comments dating back through the years since the site’s supposed creation. Most interestingly, though, the site features old-school WAV-file streams of sounds Hastings and Davenport supposedly recorded during their journeys (to the Black Lodge?). Slate also notes that mysterious coordinates are accessible if you search the bottom of the page–44°30’44.8″N 103°49’14.6″W–which may or may not be the same ones that Major Briggs left for Bobby, Sheriff Truman and Hawk. 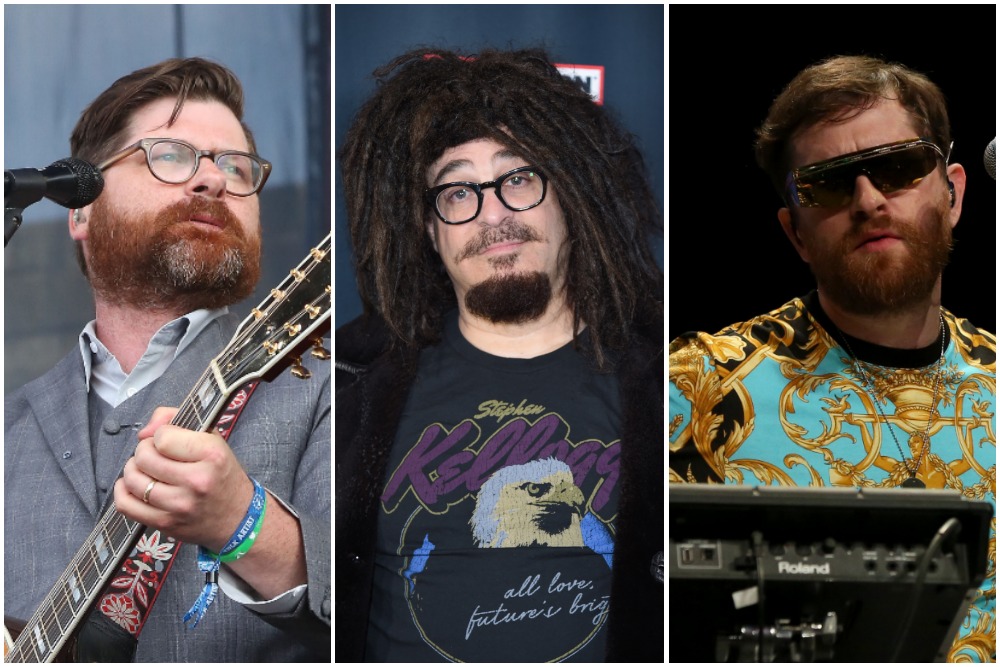 Some links will take you outside the Windows-95-esque world of the site and reveal who is behind this weird project. If you click into Hastings’ journal entry, you’ll find a static-riddled broadcast of clips from the Peaks soundtrack. Clicking the “Donate” button will lead you to to pre-order links for the series’ two soundtracks: the “Music from the Roadhouse,” featuring the pop music performances, and “The Series Score,” featuring the show’s distinctive synth-orchestral score, volumes. An attempt to sign up for the mailing list will ask you, in a suitably janky pop-up, if you want to hear more about Rhino Records’ releases, which should make pretty clear who is sponsoring this promotional tool.

In any case, there’s some fun stuff to read here, and at least it will tide superfans over until next week’s installment of the show. Check it out here, and read SPIN’s review of the new season here.