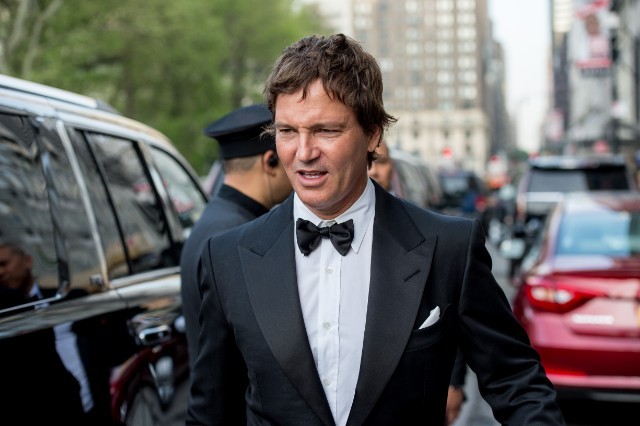 Two big names in the tech world are teaming up to flip the Democratic Party on its head. Mark Pincus (co-founder of Zynga) and Reid Hoffman (LinkedIn) launched a new project called Win The Future (WTF for short), which they hope will become “a new movement and force within the Democratic Party, which can act like its own virtual party.”

Recode describes the project as “equal part platform and movement. Its new website will put political topics up for a vote — and the most resonant ideas will form the basis of the organization’s orthodoxy.”

People who use this website will be able to submit platform proposals, and if enough WTF participants show support by liking and retweeting those proposals on Twitter, that platform proposal will become “a part of WTF’s political DNA,” Recode reports. From there, WTF will turn its most popular policy ideas into billboards that will be placed near airports that serve the DC area. Why? Because Pincus thinks members of Congress will see those billboards plastered with great ideas from their constituents, and will work to make those great ideas a reality.

Does this seem like a smartly thought-out lobbying plan that will work? No, it does not. But there is one fun thing about the scheme: Apparently Pincus wants Stephan Jenkins of Third Eye Blind to run for office, representing Win The Future. Pincus and Jenkins have reportedly met in recent months. And yes, the candidates that WTF solicits would run as “WTF Democrats.”

“We’d like to see either political outsiders or politicians who are ready to put the people ahead of their career,” said Pincus of his goals for WTF.

Pincus and Hoffman have spent $500,000 to the project so far. Perhaps they should give this money to me instead if they’re looking to waste it. Just an idea.