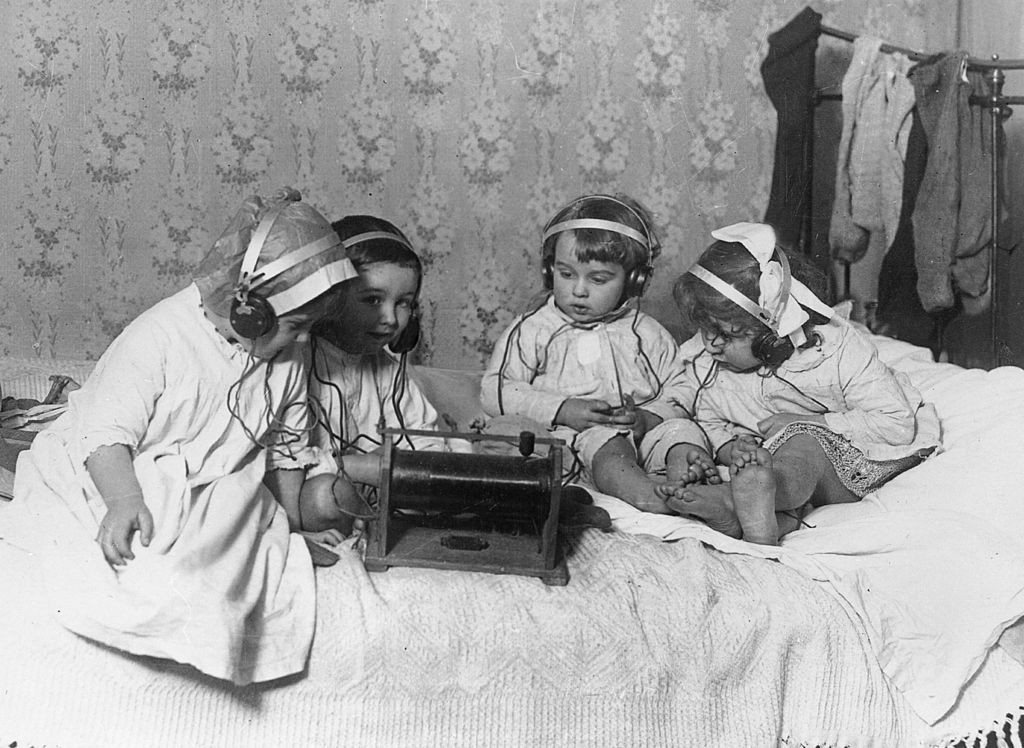 The most recent hijacking happened during a live broadcast from the town’s weekend family festival, the station’s managing director Tony Delahunty told the newspaper. “Some people have told me that their children have started humming the song in the car,” he said. “We have had calls from people who have found it hilarious, while some have raised their concerns, including our competitors, and a lot of people in the industry are aghast at how difficult it is to stop these people.”

According to Delahunty, the “Wanker” prankster is using a mobile transmitter to override Mansfield 103.2’s signal during remote broadcasts. His short transmissions make it more difficult to locate the source—as soon as a mobile pirate frequency shuts off, it becomes impossible to trace. Ofcom, the U.K. broadcast regulation authority, says it’s nonetheless on the hunt for the culprit.

Long before it began tormenting local radio managers, “The Wanker’s Song” had some mildly interesting history of its own. Ivor Biggun’s real name is Robert “Doc” Cox, an occasional former presenter on the classic BBC show That’s Life! also known for his lewd songs. (“The Return of the Pharaoh of Filth!” reads the cover of Biggun’s 2005 album Handling Swollen Goods.) The song is also known as “The Winker’s Song (Misprint),” a typographical gambit apparently intended to trick record shops into stocking the single. Upon release, it received the dubious endorsement of none other than the Sex Pistols’ Johnny Rotten, who allegedly ranked it a “Definite Buy” in an ancient issue of NME.