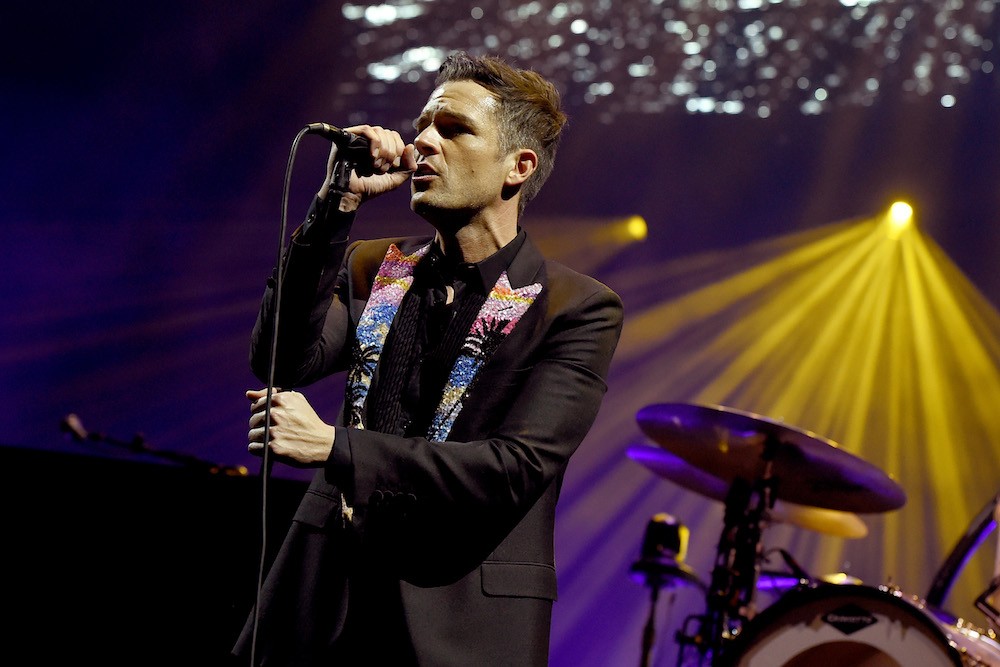 The Killers have just released the tracklist for their upcoming album Wonderful Wonderful, the Las Vegas rockers’ first album in five years. While it’s dicey to anticipate any album based off a tracklist, Wonderful Wonderful’s does have one intriguing peculiarity: The sixth track is called “Tyson vs Douglas.”

The track’s title refers to Mike Tyson’s infamous 1990 defeat at the hands of Buster Douglas. At that point, Tyson was an undefeated world champion who’d only had two opponents last the full 12 rounds against him, having spent the majority of his career knocking dudes out in spectacular and violent fashion. Douglas didn’t last that long, but he didn’t need to, because he knocked out Tyson in one of sports history’s biggest upsets.

The Killers spoke to Billboard earlier this month about “Tyson vs. Douglas,” which features the obvious metaphor.

Flowers says that the pulsating “Tyson vs. Douglas” is about fallen heroes and how he hopes his three sons (Ammon, 9; Gunnar, 7; and Henry, 6) “never see me go down” like Mike Tyson in his shocking 1990 defeat to Buster Douglas.

The Killers and Mike Tyson have crossed paths in person at least once. In 2008, Brandon Flowers and Tyson co-starred in a skit that doubled as an acceptance speech for the NME Awards’ Best International Band trophy. In the video, the boxer erroneously referred to him as “Brian Flowers.” Watch the bit and see the tracklist in full below.

Update: The Killers have also released a teaser for “Run for Cover,” which you can hear below. The band debuted the song live in an Atlantic City performance last month.