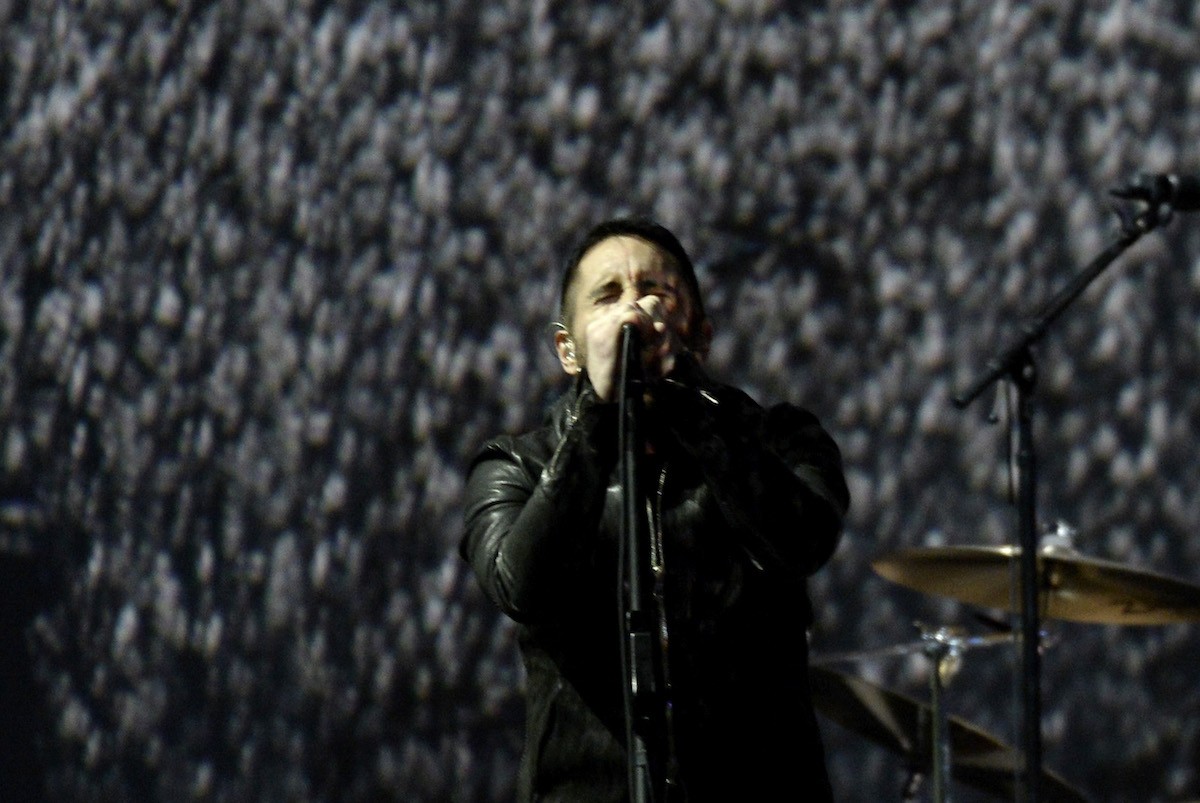 Nine Inch Nails have released a new five-song, 27-minute long EP titled Add Violence, which follows last year’s fellow five-song EP Not the Actual Events. This one has been led by the pre-release tracks “Less Than” and “This Isn’t the Place”. Last night, NIN played their first show in roughly three years in Bakersfield, which included a cover of David Bowie’s “I Can’t Give Everything Away,” which in turn led internet sleuths to a remix of that Bowie song posted to Soundcloud which now appears to have been uploaded by Reznor under an alias. You can listen to that here, and stream the full Add Violence below.