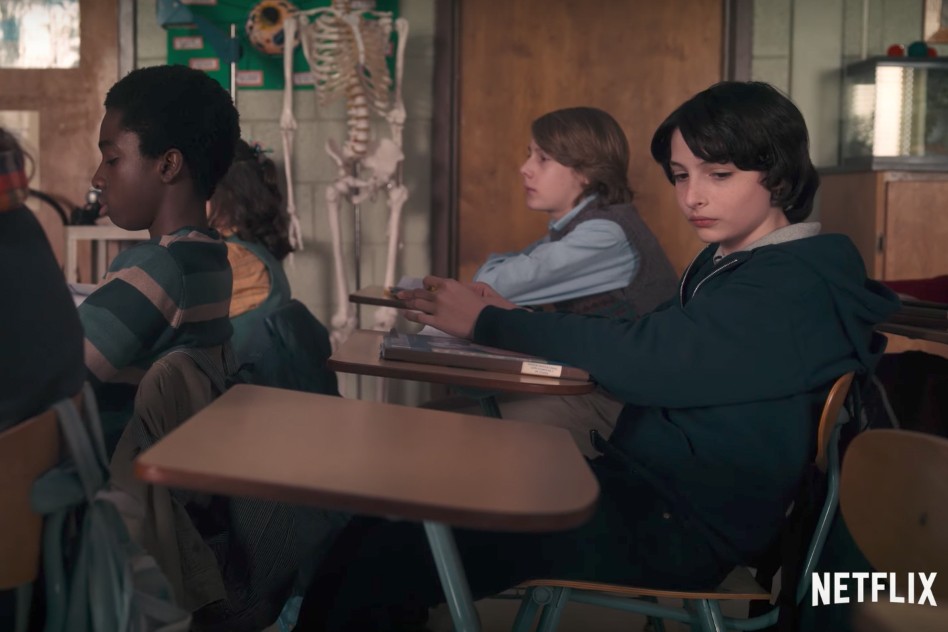 We got a very brief peek at the second season of Stranger Things earlier this month when Netflix announced its release date—October 27, which they’re still calling “Halloween.” The show received its first full-length trailer at San Diego Comic Con on Saturday (July 23). It’s soundtracked by that other hit ’80s sci-fi thriller, Michael Jackson’s, with particularly expeditious use of Vincent Price’s creepy original voiceover.

The new Things begins innocently enough, with the gang gathered ’round the classic arcade game Dragon’s Lair. But Will Byers and the citizens of Hawkins are facing a fresh horror, and it looks sort of like a… network of tentacles in the sky? Eleven is back too. Watch below.